Rankin's solo show ‘Eat me Naked’, comes to Galerie A this March 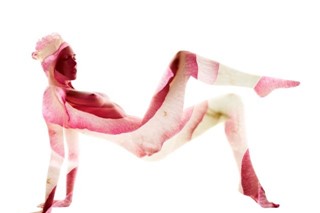 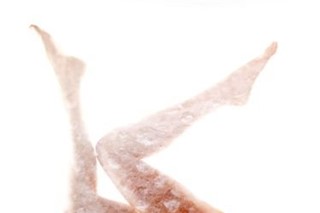 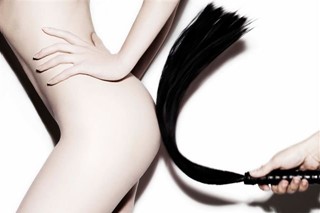 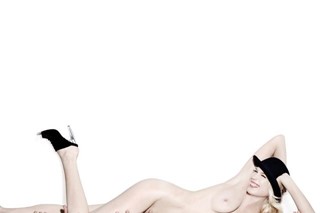 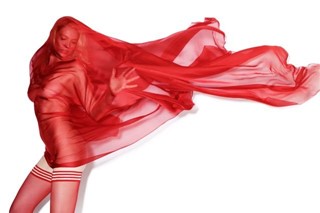 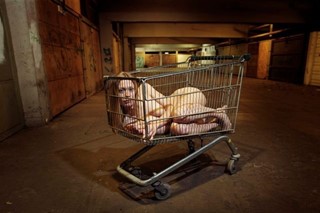 Few are the photographers whose models range from a naked Kylie Minogue to a (fully clothed) Queen Elizabeth II. Yet Rankin, jack of all trades and guru to many juggles between seemingly opposed spheres. His solo show ‘Eat me Naked’, from March 5th to April 17th at Galerie A, is a bow by gallery owner and show organizer Arnaud Adida, and a reflection of his three passions: food, clothelessness and sex - preferably altogether.

Rankin, born John Rankin Waddell, is the co-founder of Dazed and Confused bien sur. He also has a broad career as a photographer, going from Harpers to Playboy, the Spice Girls to Tony Blair, Guiness Beer or Barbie Dolls. The show consists of a selection of Rankin’s latest pieces. These thirty-odd prints combine a majority of photos shown for the first time, side-by-side some of his iconic portraits. True to himself, he remains playfully controversial: he toys with the idea of androgyny and hermaphrodites, through for example, a full frontal shot of a girl in a bath, and peeled banana poking out of the water, pointing to the ceiling. The familiar faces range from muse Tuuli (his now-wife), to Kate Moss  (loyal to Britannia) and Heidi Klum (who he focuses his latest book ‘Heidi-licious’ on).

At the gallery, the latter is portrayed in all sorts of comprising, culinary positions: when she is not covered in melted chocolate, she is giving us the finger topless, or laying parma ham all over her face. Other photos include surprised-looking girls in mysterious situations: naked in a supermarket trolley or covered in syrup, milk (or else?) and paint.

In the middle of the 16th district in Paris, the photographs of sticky happy nudes, groped by hands emerging from the ground, are certainly a shock to the locals. The look of horror on the very civilized population’s faces when walking by is enough to make the trip worthwhile.
Eat me Naked, March 5th to April 17th. A.GALERIE: 12, rue Léonce Reynaud - 75116 Paris
Read More