Stefano Pilati created a church of YSL that held its own. 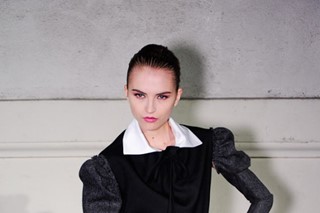 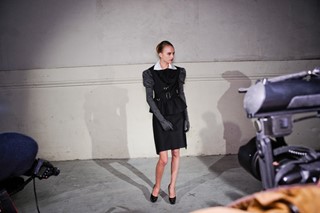 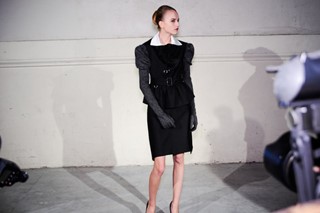 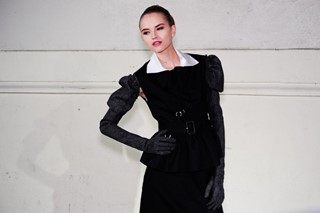 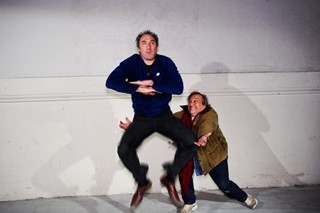 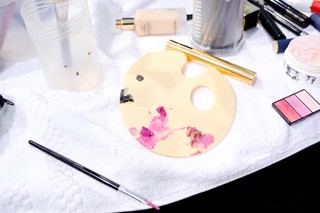 LCD Soundsystem's specifically composed show soundtrack was a cleverly built up sound spectacular that fitted perfectly with the gradual visual onslaught that Stefano Pilati crafted this season. It began with cleanly cut black dresses that were demure, restrained and ever so slightly repressed with hooded caps making nods to convent attire. Ecclesiastical references were further made with dangling gold chains depicting pendants of seventies YSL silhouettes and a crucifix baring bodysuit. It was difficult not to interpret the pieces as representations of a worship of the late Yves Saint Laurent. Pilati's own defiant voice shone through with the protective elements of the show. This was seen in the plastic PVC, worked in as covered panels in capes and jackets as well as straightforward coverings. The volumes of the pieces seen in the sleeves of a white yoke blouse, capes protecting the arms (a recurring shape) and even in the gloves all seemed to want to provide shelter to next season's YSL women. Still protective need not neglect the more jovial sartorial yearnings as the end portion played out in jewel-tone satins with feathers and rosetted capes complimenting the austerity of the first half of the show.