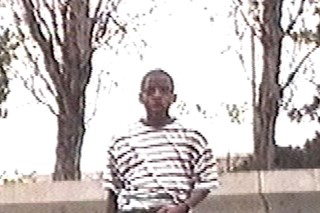 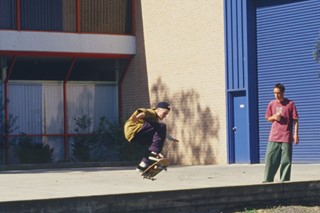 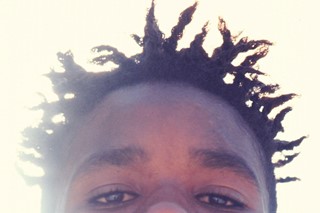 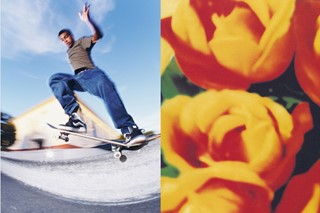 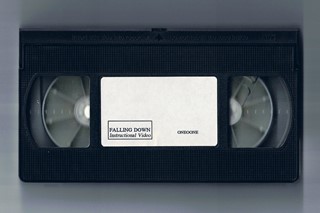 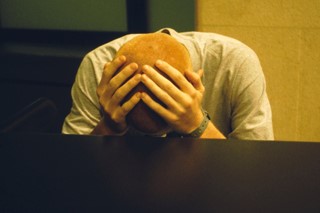 It’s been 20 years since Avril Lavigne dropped “sk8er boi”, in which the track’s ballerina protagonist bleats on about a skateboarder not being good enough for her – what with his baggy clothes and punky demeanour. Fast-forward VHS-style to the end of the video, though, and the freewheeling muse of Lavigne’s anthem is centre-stage, with said ballerina kicking herself for ever turning him down. In the two decades since its release, not only does the track still stand up as a banger, it’s also become a neat metaphor for skate culture’s own ascension, as it exploded from subterranean subculture to high fashion player.

Now, skateboarding is big business, becoming the springboard for premium streetwear – like hyper-hyped brands Supreme and Palace – to branch out and claim its space in the mainstream. High fashion, meanwhile, has also made its own moves to secure a lucrative spot among trend conscious skaters. Labels like Louis Vuitton have long offered up their own boards, while Fendi got in on the act circa its SS23 show by debuting its own skateboard. Others have laid claim to the sport’s style, with Margiela’s MM6 line channelling a skater aesthetic for SS23, and JW Anderson playfully taking things a little more literally – the designer’s own summer ‘23 offering included a a mohair jumper with a snapped-in-half deck strapped to its chest.

But while fashion houses continue to mine and appropriate skating culture, it’s actual skaters that know how to get their community stoked. Case in point is recently founded collective World Artifact Society – a seven-strong community of skaters who have come together to launch a publishing label grounded in the subculture’s ties to fashion, music, design, and art. A mixture of art directors, filmmakers, photographers, and team managers, it’s skating seen through a wide-angled, fish-eyed lens.

"We're seven friends that have grown into adults and working professionals in the arts,” member and photographer David Luraschi explains. “We decided last year that we were going to develop a brand that would be more of a publishing label, so we could produce specific items that talk to our history, or our perspective today.”

The first item to drop is a self-titled book which serves as a kind of manifesto – a gateway into World Artifact Society’s vision, and a kind of memento dedicated to the kids who came up in the 90s. “We reached out to skateboard photographers and older skaters from the era, and also scanned and found some archive materials from different sources,” Luraschi says. Described as the collective’s “genesis”, its pages are filled with endless paraphernalia from the time – from candid skater snaps and crumpled Metro tickets, to hissed-out cassette tapes and kaput lighters.

Also featured heavily are references to cult 1977 flick Cet Obscur Objet du Désir, with the French movie’s esoteric graphics and deliciously retro typefaces blasted across a capsule of oversized tees and hoodies. "We're really looking towards developing apparel and items that will accompany people in their everyday lives,” Luraschi says. “We want to explore types of objects that we wouldn't have necessarily done before.” Echoing object-centric design brands like Benjamin Edgar Gott – who applies his design to everything from cigarette holders, to shoes, to hangers, to sculptors’ stools – the collective’s aim is to pipette skate culture into a petri dish along with outside bodies and see what develops. Although careful to stay zipped on exact items in the pipeline, Luraschi teases that WORLD AS is currently creating leather goods and artisanal jewellery, with way more to come.

"Skateboarding is a mix of athletics and artistic expression. When you get older you're probably not doing the same athletics but that kind of appreciation as a skateboarder could slowly evolve into an appreciation of design in general" – David Luraschi

While we’ve all warmed up to skater fashion and music, design – physical, rather than graphic – is a novel approach, and something that Luraschi feels is underrated. “Skateboarding is a mix of athletics and artistic expression," he says. "When you get older you're probably not doing the same athletics but that kind of appreciation as a skateboarder could slowly evolve into an appreciation of design in general.” Comparing it to architecture, Luraschi believes that skaters see the world differently. “I feel like there's a lot of imagery that the public [hasn't been able to] discover. There's been great craft making – that's still an unknown, I feel."

As a curatorial project, then, World AS is reflective. “It’s been 25 years since the mid 90s,” Luraschi says. “So it's quite nice to relook at some of the visual culture that we were bathing in at that time.” Equally, though, the collective is facing forwards with its contemporary approach, 180-ing between the golden era and the skaters of the future. Showing its investment in the now, World AS has started to sponsor standout skaters, including Reece Knobloch, and has plans to “collaborate with all sorts of folks”. With Luraschi ending our chat by reeling off a potential hit list of professions and influences – painters, philosophers, cinema, craftspeople among them – it’s clear we should be keeping an eye on that petri dish in the days to come.