The actor and model takes centre stage in the brand’s new ‘Live in the Open’ campaign, alongside Jodie Turner-Smith and Soo Joo Park – here, she tells us about her work among Native American communities 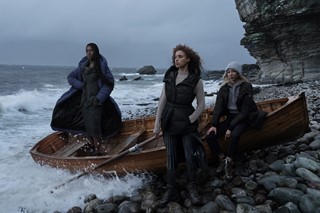 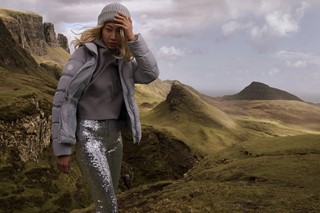 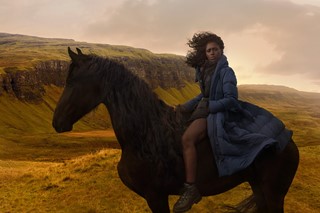 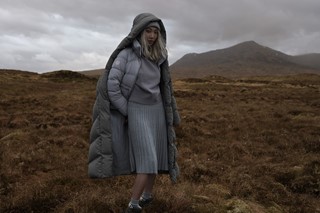 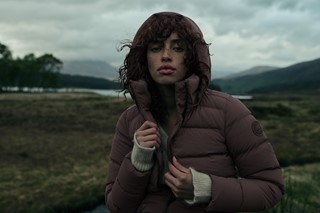 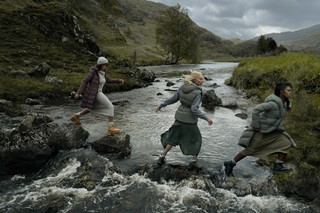 Thunder – a model and actor – is sitting in a hotel in Iceland; behind her, windows offer uninterrupted views of one such environment: a rugged, seemingly endless expanse of moss-grown lava fields. Mountains rise in the distance, though the sight of them is partially obscured by steam rising from the hot springs that Iceland is so famous for.

Thunder is here for the launch of Canada Goose’s Autumn/Winter 2022 ‘Live in the Open’ campaign – a women-led campaign, produced by an almost entirely all-women-led team. Famed photographer Annie Leibovitz shot the images, while the actor Jodie Turner-Smith (known for Queen & Slim, After Yang and Anne Boleyn, as well as Noam Baumbach’s upcoming film White Noise) and the model Soo Joo Park star in them, alongside Thunder.

The campaign marks Canada Goose’s new focus on womenswear; the expansion of its offering for women. Thunder, Turner-Smith and Park were selected because they possess qualities that the brand prizes – namely, boldness and bravery.

Alongside her modelling and acting work, Thunder works to help with educational and mental health issues facing communities living on reservations, and within Native American communities.

Currently based in New York, Thunder hails from the city of Spokane in the state of Washington and grew up immersed in Native American culture. “My grandmother is a full-blooded Native American, Chippewa Cree, and I was raised between her and my mom,” she tells Dazed. “I was brought up in the Native way; I would practice dancing, practice by ceremonial beliefs – doing the whole thing.”

And while she’s now working across the fashion and film industries, her community remains a priority for her; she works closely with her uncle’s foundation, the Red Thunder Foundation, which seeks to bring Native American wellness to urban and reservation communities. “He goes from tribe to tribe to help them do our ceremonial practices properly,” Thunder says of her uncle’s work. “He also works on film sets to help them get it right, so they don’t misinterpret Native American culture.”

“We’re also trying to develop this thing for the independent living programmes, to help us transform from being hunters and gatherers, to this new world of education and development, and help us adjust and adapt to our surroundings,” she goes on. “Because Native Americans are very big on adaptation. I feel like we’re still trying to catch up, you know, and so I’m just doing my part in helping that happen. But it’s such an uphill battle, figuring out how to navigate that – it’s taken years.”

And it’s that spirit – the fighting of a battle, even an uphill one – that this Canada Goose campaign is so keen to spotlight and celebrate.

The new Canada Goose collection is available now in select stores around the world, online at canadagoose.com and select wholesale partners globally.