The Belgian luxury brand is being spotlighted by its new creative director Veronique Branquinho and an exhibition at the MOMu museum in Antwerp. 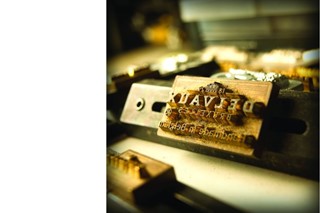 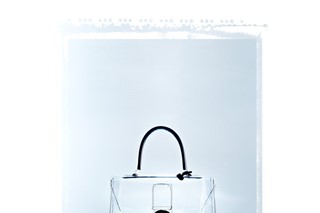 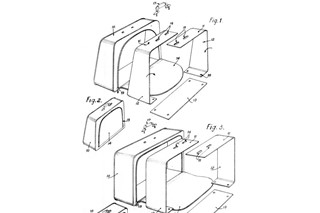 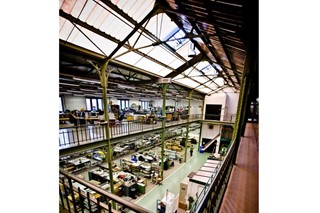 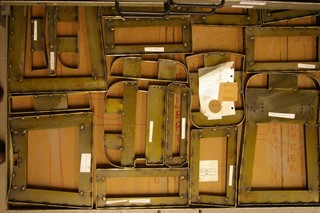 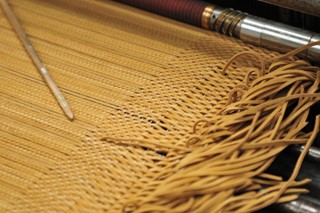 Travel has shaped our need for bags. Over 180 years, the output of the Belgian luxury goods house Delvaux has met the needs of a clientele living through times of dramatic change and movement. Founded in an era when travel was largely horse-drawn, the company has survived through revolutions and wars, and adapted to the requirements of railway, ocean liners, bicycles, cars and jets. An exhibition "Delvaux: 180 Years of Luxury", which has just opened at the MOMU in Antwerp follows Delvaux from the manufacture of travel goods for the local nobility in the 19th century, through to the rise of the modern handbag in the 20th century and to the company’s vision of a new kind of elegance under its artistic director Veronique Branquinho.

The creative process behind each bag has changed little in the last seventy years: the company is still in family hands, the management maintains clear values and ethics, and Delvaux’s output remains small. Recently the studio produced bags in collaboration with Bruno Pieters, Chanel designer Laetitia Crahay, and model Hannelore Knuts, but behind the scenes, successive generations of talented designers have worked unheralded, pushing the brand’s changing image to meet the mood of the times.

As well as the history of Delvaux and the stylistic evolution of its output, this exhibition honours the unseen side of the business: the skills of the designers and artisans that represent the core of the company’s values. Dazed talks to Hettie Judah curator of the exhibition.
Dazed Digital: What do you think about the way big fashion houses have started to design their own handsbags and vice versa, leather goods companies starting to make clothes?Hettie Judah: The notion of a bag as a component part of a fashion silhouette is really not so new - Elsa Schiaparelli designed bags as part of her collections in the 1930s, and the Chanel 2.55 was of course designed in 1955 - it makes absolute sense for fashion houses to produce bags that complement their vision. Bags are part of fashion, but there is also a world of bags that go beyond fashion - those beautifully crafted pieces that 20 years after you bought them will feel like part of you, that patinate wonderfully with age - that's where a really top class leather goods company distinguishes its product from that of a fashion house. When you buy a bag from a fashion house, you buy into an image that is being sold that season; bags that endure, by contrast, become part of your personality. As to leather goods companies making clothes - if they bring the same care and quality of workmanship to clothes that they do to leatherwork, why not?DD: What was the concept behind the exhibition?Hettie Judah: The concept behind the exhibition is four-fold:
Company history: this is the oldest luxury goods company in Europe, and I wanted to honour not just their story, but that of the people who have worked there over the centuries.
The history of travel: Delvaux makes travel goods. The period of history the company has lived through has been marked by a total change in human behaviour - we've gone from being a society that largely stayed in one
place, to one that is massively, constantly on the move. When Delvaux was founded, people travelled uncomfortably by carriage. Within a decade there was train network in Belgium, within half a century people were travelling
in enormous numbers to the New World by boat, then came cars, then airplanes - how people travelled and where they went affected what they needed to carry. Delvaux was there through it all, adjusting its output to the
changing times. Travel goods are a key product of the modern era.
Fashion: for me, the early handbags are wonderful symbols of women's growing independence, and their travelling alone outside the house. Bag shapes and sizes have changed radically, depending on what women needed to carry, on fashion silhouettes and on social movements and changes.
Technical: we have dedicated considerable space in the exhibition to the design and manufacturing process of the bags, since I consider this to be an area in which Delvaux really stands apart.
DD: How much was Veronique Branqhuino as the new artistic director of Delvaux involved into the exhibition?
Hettie Judah: Veronique's appointment was announced during the research period for the exhibition (which has been lengthy). We will be showing the three bags that she has designed for this current collection, we have interviewed her for the book accompanying the exhibition, but this is the extent of her involvement. Speaking personally I am very excited by her vision for Delvaux - for me her arrival has actually provided the exhibition with a lovely end note.  DD: What do you want the people to feel when they visit the exhibition? Hettie Judah: Respect for the work of the artisans, moved by the realisation of all that the company and those around it has survived through, entertained by Bob Verhelsts' energetic design for the show itself.I'd love to feel that visitors to the show will never take handbags for granted again, but that's maybe asking too much!
DD: What is your favorite piece in the exhibition? Hettie Judah: I love the bags of the late 1940s: they are such strong energetic shapes. I can feel that huge excitement at the availability of beautiful, stylish,even frivolous things after the Second World War. I also imagine the influence of Henry Van de Velde - who after leaving Weimar, became director of the Institut Supérieur des Arts décoratifs in Brussels, the school that later became La Cambre.