Following a slew of collaborations, the Hood By Air designer has turned his creativity to recreate Longchamp’s iconic bag 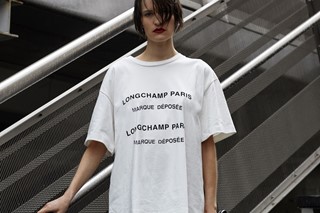 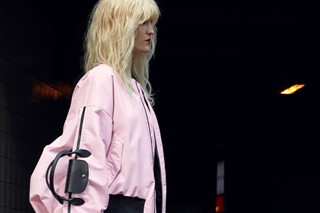 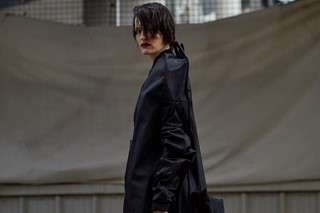 It’s been a year since New York designer Shayne Oliver announced that his label Hood By Air would be going on hiatus – yes, we miss it too – but that doesn’t mean he hasn’t been busy. After a stint at the newly revived Helmut Lang – under its first editor-in-residence and Dazed editor-in-chief Isabella Burley – Oliver also worked on a collaboration with Diesel, and now Longchamp. Ahead of the trend for collaborating in fashion, the designer has coined his series of ongoing collaborations with different brands, A.S.S.O (As Seen by Shayne Oliver).

Enlisted by creative director Sophie Delafontaine, Oliver was brought on board to recreate the label’s iconic silhouettes. In typical Oliver style, the designer shrunk the bags into chic minis, contrasted with giant garment-esque bags. Other styles included backpacks with mini pochettes glued to the front. Elsewhere, he split them down the middle – think the handbag equivalent of a flip phone.

Not just limited to accessories the collection also included clothing, still in line with Longchamp’s aesthetic with its recognisable handle stitched to the back of a tee. Naturally, all branded with the New York ball scene slogan ‘Realness’ or alternatively ‘Hiatus’ – Oliver’s nod to his break from HBA maybe?

Showcasing the collection, Sharna Osborne shot a film (with creative direction from Christopher Simmonds) in an airport with models going through security with their bags, the only acceptable way to travel now. Following the Longchamp collection’s debut, we catch up with Oliver on why collaboration in fashion is so important, and what to expect next from his As Seen by Shayne Oliver series.

How did the collaboration with Longchamp first come about?

Shayne Oliver: I had been following the Longchamp brand for a while, I was intrigued by their ubiquity so we got put in touch. The project started in New York, with a meeting there, and ended up being moved to Paris because my studio is here and we were able to work even more closely.

What was your idea behind the collection? What were some of your inspirations?

How closely did you work with Sophie Delafontaine?

Shayne Oliver: It was a very democratic process with us working closely together. Sophie has a sharp eye for meeting the needs and wants of travellers. I took her understanding and my own vision of how I like to travel and designed a collection to meet the void of style and quality.

Shayne Oliver: It was refreshing working with Longchamp because it is not usually part of my world. I got to think about colour differently, which explains the soft pink. We got into subtleties, like the handle. As opposed to having it be a full statement, we really played with the heritage of Longchamp. We made pieces that brought in basic, literal influences from the bags into clothing, which is something I have always cherished at Hood By Air.

You’ve worked on a few collaborations recently, how does your approach differ from each one?

Shayne Oliver: I like to challenge myself and do things that are unconventional for me, not necessarily unconventional for the world but for me. I think that is very liberating and I liked how this project had a strong sense of heritage and a different perspective that was based in people’s everyday lives. Every project is different with brands having their own voice and history.

“Movement, progression and displacement are all driving forces in my creative direction and globally help push fashion into a new era. Today, these concepts are embodied by collaborations” – Shayne Oliver

Why do you think collaborations in fashion are important?

Shayne Oliver: Movement, progression and displacement are all driving forces in my creative direction and globally help push fashion into a new era. Today, these concepts are embodied by collaborations. As communication becomes easier, as we speak to more and more people, we exchange ideas and collaborations are simply an exchange of these ideas.

Do you have any new collaborations coming up?

Shayne Oliver: Last year, I had decided to guest design at major fashion houses under the legacy series A.S.S.O. (As Seen by Shayne Oliver) in order to promote these core concepts of individuality, high/low juxtaposition and expression… so we will see where that takes me, I have a few other projects coming up!