‘How To Slay: Inspiration from the Queens & Kings of Black Style’ explores black people’s influence on culture 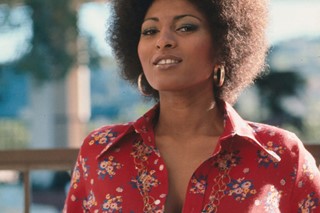 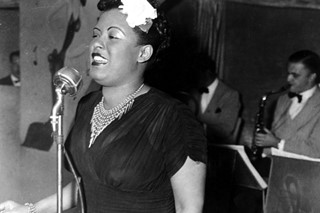 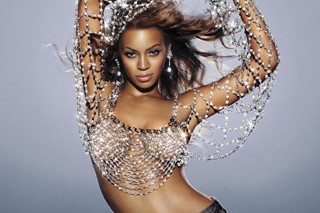 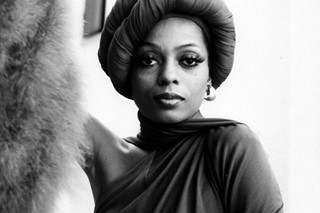 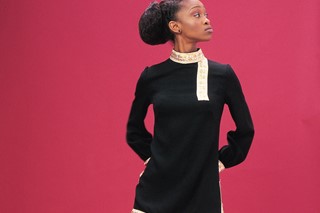 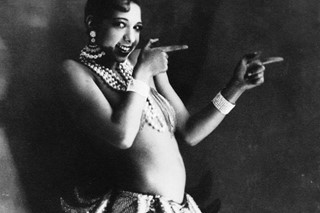 With a line-up ranging from Grace Jones, Erykah Badu, Jimi Hendrix and Iman to Solange, Tracee Ellis Ross, A$AP Rocky, and Alek Wek, new book How To Slay, released this week, documents just that – how these ‘kings and queens of black style’ slay.

Written by Constance C. R. White, formerly Elle’s fashion editor – the first black woman to take the role at the American magazine – the book explores the ins and outs of black style and its important contribution to (and influence on) fashion and culture worldwide. The book is a celebration of black culture that delves into its original influences, before looking at those authentically portraying black style now; with designers Grace Wales Bonner and Shayne Oliver of Helmut Lang and Hood By Air among them.

White is also unafraid of tackling the serious elements that go hand in hand with black style, as she outlines the social and political issues the black community faces and explains why style is more than a superficial outlet. “When wearing a hoodie can result in the death of a young black man, it’s clear that style is political,” she says. “Certain garments and hairstyles are more acceptable when not worn by their traditional groups, and I wanted to explore why.”

Before the book’s release, we sat down with White to discuss what style means to her, who’s really influencing the fashion industry, and the furore around Kim Kardashian West’s recent braided hairstyle.

Who did you have in mind when you were writing How To Slay?

Constance C. R. White: When I was writing the book, or when I was thinking about doing it, I had in mind for it to be a book for everybody because we all get dressed regardless of fashion and style. And number two, I believe the influence of the black community around the world, the African diaspora around the world, is so pervasive and widespread. I think it’s a book for everybody because people can look (around) and see ‘Oh, look, sneakers. Why is everybody wearing sneakers now? Why is that acceptable? Why is that stylish? Why is it the height of style?’ And a big part of it is the African-American community.

What inspired you to write How To Slay?

Constance C. R. White: Early in my career I really focused on style in terms of the designer; the designer being the centre of the fashion world and looking at how his or her point of view was expressed, and the way it influenced the industry. Now I think that while designers are clearly still important, what has become even more so are people making their own statement about style in how they dress. We’ve seen the rise of street style and how these ‘tribes’, if you will, are really impacting and mixing up fashion, especially when you start to think about people’s personal wardrobes. I really wanted to look at the different influencers that have impacted and are impacting fashion, and something that isn't often focused on, the impact African-American communities have on style. That was one of the main things that drove the book.

What did writing How to Slay entail, where did you start?

Constance C. R. White: I probably curated and edited at least 300 photos, and in the end about half made their way to the book. The thing that I wanted to really bring out in the captions was, while I think each photo stands on its own as an image, I also wanted to take the opportunity in terms of text to speak about either how this particular trend was influential, or what were the special aspects of this particular person depicted in this picture.

“It’s very personal, particularly if you are of African descent, because it’s your culture, it’s a part of your history and your soul, and, really, as is with any group, you want to claim that” – Constance C. R. White

You mention that black style can be personal but also political in How To Slay, can you expand on that a little?

Constance C. R. White: Well, I think it’s personal, certainly, in two ways. One, for many of us, what we wear is definitely a badge – we want it to say something about who we are, and it does even when we don’t want it to. And I think, in that sense, it’s very personal. And I think it’s also very personal, particularly if you are of African descent, because it’s your culture, it’s a part of your culture, it’s a part of your history and your soul, and, really, as is with any group, you want to claim that.

And what about the political side of things?

Constance C. R. White: I think it’s political because, in many societies, there has been this tension and oppression, you know, white versus black. So, what’s worn also becomes political. It has always been a statement about who someone is or the conditions in which they are living, about freedom and equality, and the fight and demand for that. Even to the point of appropriation, which sort of underlines an example of how it becomes political too.

Talking of appropriation, what did you think of Kim Kardashian West’s recent micro-braids?

Constance C. R. White: You know, here she is, one of the most famous celebrities in the world, and she’s wearing these micro-braids. I didn’t follow this first-hand, but part of the backlash was not because she was wearing them, but because she, like many people, didn’t seem to understand where the hairstyle came from or where it originated. With How To Slay I really want to inform people, and to educate them.

Which designers do you feel are representing a multifaceted view of black style, exploring its different elements and pushing it forward in a contemporary way?

Constance C. R. White: Well, I would always want to begin with the assumption that as human beings black people should get to represent all things, just as white people are given the humanity to, as a group or even as one person, of fierceness and gentleness, and so on. There’s an American designer called Mimi Plange who draws inspiration from African culture and rituals but presents her collections in a very contemporary way. There’s Shayne Oliver of Hood By Air, whose work is drastically different, but I think he’s doing things on his own terms, and really represents current black culture. And of course, in England there’s Grace Wales Bonner who’s making people sit up and take notice. Which is the most powerful thing that an artist, or a thinker, or even a business person can do. And in that way, I think she’s really brilliant, because people are taking notice.

‘How to Slay: Inspiration from the Queens and Kings of Black Style‘ written by Constance C. R. White and published by Rizzoli is out now.