An exhibition in Paris explores the art and craft of recycling and creating fashion showcasing accessories from the Second World War. 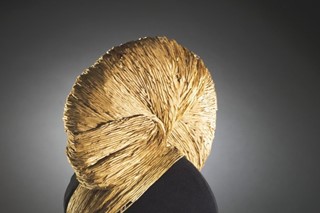 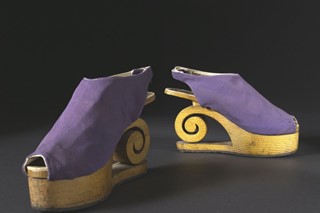 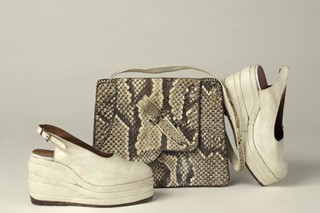 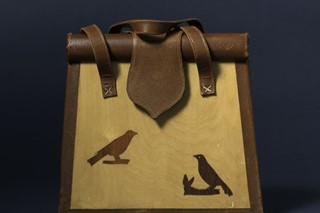 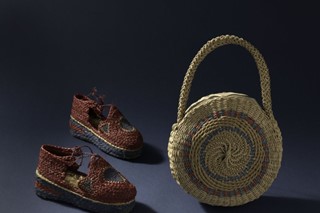 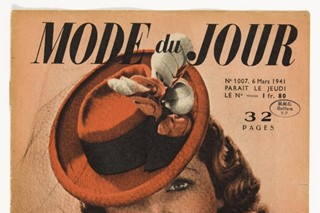 Crisis and recession have undoubtedly been the most used words over the last few months by the global media. But fashion already proved of being resistant to such things in worst times: trends and styles emerged even during the Second World War when fabric rationing limited the amount of material that could be used to make clothes. Yet in Paris glamour was still alive and women were still stylish, thanks to clothes and accessories created using new and unusual materials or recycling old ones.

While most of the items displayed show the importance of “utility wear” with pieces that could help shielding from the cold, standing for hours outside the shops or carrying a gas mask, there are also accessories that show how being low on resources, French women were high on resourcefulness. Indeed, though many platform shoes, bags or hats displayed wouldn’t look unfashionable if worn in 2009, the materials used to make them – from recycled leather to cashmere shawls, from felt to raffia, newspapers and even car tyres – reveal they belong to other times, when people had to cope with chronic shortages of specific materials.

Among the items displayed there are also pieces that have different functions and political meanings: scarves by silk factory Colcombet with Marshal Pétain’s portrait were used as propaganda for the Vichy government, while those with a printed map of France were employed by the Allied aviators parachuted into occupied territory; bags with false bottoms were perfect to hide Resistance leaflets and a pair of chamois leather sandals with the Allied flags by Di Mauro celebrated instead the liberation of Paris.

Maintaining a sense of beauty and glamour may have been difficult when worn-out upholstery was used to make items of clothing and wood shavings were incorporated into hats, but women tried all the same to aesthetically please, as a straw turban by Jeanne Lanvin and Dunand’s sandals in violet taffetas with a wooden platform carved with a beautiful swirling motif prove. Three rare hats by Jewish milliner Fanny Berger, deported to Auschwitz where she died in the gas chambers in 1943, are also on display in the exhibition.

The accessories showcased are accompanied by photos, fashion magazines, newsreels and sheet music for popular songs that help putting into context the pieces displayed. Among the materials there is also a sketchbook of hats sent by a designer from prison to couturier Lucien Lelong. The sketchbook is an indirect reference to the fact that, during the German occupation of France when Hitler wanted to transport the Paris couture to Berlin or Vienna, Lucien Lelong, President of the Chambre Syndicale de la Haute Couture, together with the General Secretary Daniel Gorin, managed to persuade the Germans that French couture wouldn’t have been able to operate on alien soil. Couture was indeed made up of many different industries, comprising milliners, embroiderers, corsetiers and shoemakers just to mention a few, and it wouldn’t have been possible to move them all.

After the liberation, Parisian fashion re-established its prestige and the last displays of the exhibition show exactly this, how couture came through with flying colours and leading designers and fashion houses breathed new life into the industry. The final message of this interesting exhibition is to show how, even in tragic times, fashion and style remained two essential aspects in the life of Parisians. Maybe if we could only apply a bit of the endless inventiveness designers, tradesmen, manufacturers and ordinary women showed during the Second World War, we could all pull through our financially bleak times and bring a renewed spirit to the world of fashion.
“Accessories and Artefacts: Women’s Lives in Paris 1940-1944” is at the Mémorial-Musée Jean Moulin, Paris, France, until 15th November 2009.
Read More