Ahead of the launch of his book Punk London 1977 tonight, the legendary subculture photographer recalls decades shooting London’s outsiders 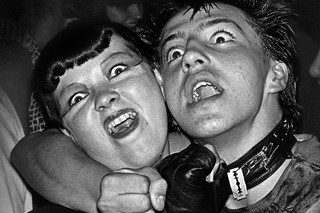 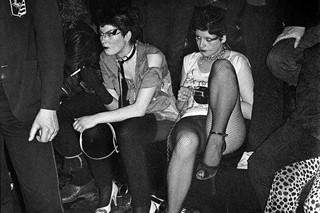 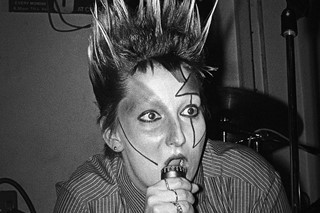 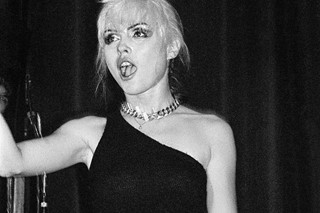 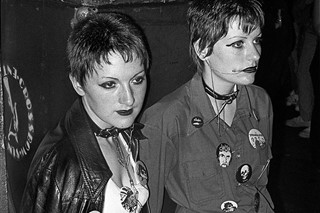 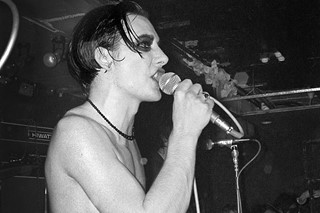 Photographer Derek Ridgers has spent the best part of his career on the fringes of Britain’s subcultures, capturing communities of skins, fetishists and punks with his camera, as they look back at us squarely in the eye. For his latest book Punk London 1977, he opens up his early back catalogue, dropping us into the heady days of punk as it emerged in London’s clubland with hotspots like The Roxy.

The book launches tonight (June 9th) at an event hosted by Paul Smith and the British Fashion Council, kicking off London Collections: Men. We caught up with Ridgers ahead of the event to talk about the shapeshifting styles he’s witnessed and the virtues of being on the edge looking in.

Out of all the scenes you've photographed, which have you most felt part of or wanted to be part of?

Derek Ridgers: There must be a part of me that wanted to be part of all of them. I see my photography as a very vicarious thing. I suppose if I didn't wear glasses and if I'd been a little bit more of a macho type of guy, I would have been a skinhead. I don’t think I could’ve ever been a punk or a new romantic.

What were you wearing yourself as a teenager, or what did you aspire to be wearing?

Derek Ridgers: I would’ve liked to have been a mod when I was 15. If my mum and dad had had enough to buy me a scooter, I could’ve been a mod; I liked the look. I relied on my grandmother to buy me clothes but she could never buy me everything all at once. So I would have different things bought at different points. I went out wearing all this clobber and I had some checked hipsters, two-tone blue suede shoes, and I had a purple shirt and then a striped mod jacket. I went out with my grandmother, shopping. Everyone was staring at me in the street and I didn’t know who these people were and I must say I didn’t like it.

Can you remember the first time you stepped into The Roxy?

Derek Ridgers: I was there the first night it opened, it was December 15th, 1976. I can remember queuing up outside, I had a little bit of apprehension, probably subconsciously, but when I got there and I found the majority of people were a lot like me. Just music fans that wanted to go down and find out what punk was like; the thing that drew me in was the music.

In 1977, there was a real feeling that young people could use style as a tool for visually expressing rebellion or their opposition to mainstream society. Do you think that’s still possible today?

Derek Ridgers: Nowadays, you have such a greater number in the audience. If one of these punks goes out wearing a Swastika in 1977, not more than a few dozen were going to see it. Now, the world can see it. I do think that it’s still very possible to express your feelings about stuff with style. For instance, today you have a lot of people tattooing faces. Every year in October I go to the London tattoo convention. I’m not so interested in the tattoos themselves, I’m interested in the people that get tattooed.

Do you think that tattoos mean as much as they used to?

Derek Ridgers: Well, I don’t really know if that's for me to say. I don’t even think they meant much, people weren’t always thinking about it a lot.

Last week, I got contacted by the brother of one of the people I’ve photographed, he had the ‘We are the flowers in your dustbin’ tattoo on his forehead. He wasn’t a punk – not when I photographed him – and his brother told me that he died, I think in the 80s, from something HIV-related, that he got from infected by dirty needles. So I am interested in those lives. I was told that his daughter was quite proud to have found out that her father’s photograph was on the cover of a book. It’s nice when people get remembered.

You seem very open to reconnecting with your subjects?

Derek Ridgers: I do leave myself open to meeting up with my old subjects. I think it’s essential really. I don’t hide away; I was put together with one of my old subjects who’s in the latest book, Beth, she’s the girl on the event flyer. She told me she was 14 when I photographed her. It was an inspirational moment for me because it was almost like this old photograph that I’ve been looking at for 38 years had come to life.

I also met Jesse Hector for the first time, walking down Wardour Street on Friday and he was standing outside the pub eating a pasty. He doesn’t look like that anymore but The Hammersmith Gorillas were a great band.

You recently shot some images for Brutus with Larry B, he’s quite an interesting character, pushing the boundaries of men’s style today...

Derek Ridgers: I think he’s got a very pretty face. I’ve got a picture of him on my website. I don’t have that many photos on my personal website, but he’s on there.

Are there any other characters over the years who you’ve photographed that have played around with ideas of gender through style?

Derek Ridgers: I’m sure there are an awful lot, especially in the early 80s. A lot of people have played around with their androgynous looks. I photographed a young lad at this club Chaos called Dartley. He’s mixed race but he’s got blond hair. He’s one of the most androgynous characters around now that I like to photograph – he could be styled and nicely made-up, you know, nobody would ever know that he wasn't a woman. Even if he wasn’t wearing a dress.

“I’m not someone who sits on his high horse and says, ‘This is Punk’ and ‘This isn't Punk’. Punk can be what you want it to be” – Derek Ridgers

Something crucial to punk was its London roots. Do you do you think a comparable movement could happen in London now?

Derek Ridgers: I don’t see why not. Although all of those little clubs have gone. There’s no dingy, sweaty, little basement clubs left. I think The 100 Club is still there but that’s one of the only ones I can remember. Yeah, I think it could still happen. But I’m not someone who sits on his high horse and says, ‘This is punk’ and ‘This isn't punk’. Punk can be what you want it to be because many different people have got different ideas of what punk is. I mean, there’s Lost Punks in east LA, I was just looking at photos of punk rock bowling in a Las Vegas casino about ten days ago, and some of those punks look so fresh and so clean, you can almost smell the shampoo.

There’s been an amazing resurgence of interest in your documentary work recently. Perhaps it was because no-one else was documenting it in the same way?

Derek Ridgers: Yeah, maybe not in the way that I did it. I mean, there were a lot of photographers around. But I sort of stuck it out longer. Woody Allen said something about success is 80 per cent just being there. It’s the thing with me – I was there. I can’t make any other claims apart from the fact that I was there. Through everything. On the edge looking in, not quite at the heart but on the edge, watching. With a camera, I was able to stare with some legitimacy.

Punk London 1977 published by Carpet Bombing Culture is out now.