Tranquility and tactility marked the designer’s AW16 collection, which she described as ‘touched by a hand’ 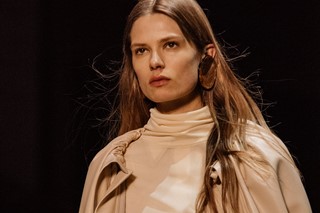 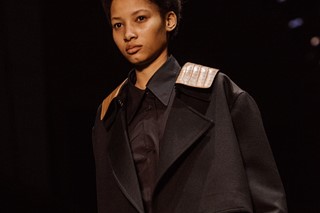 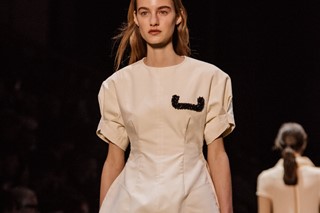 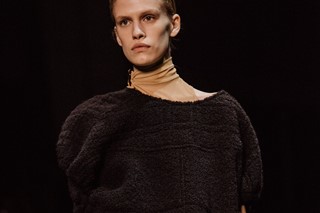 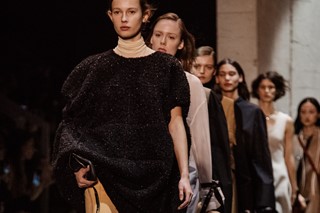 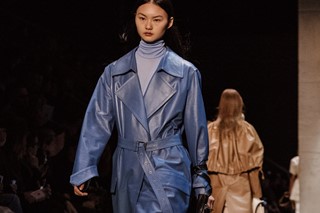 This was Phoebe Philo’s endearingly oblique explanation, given backstage about her latest collection, which like her words, fluidly and candidly morphed from one silhouette to the other without an in-your-face theme or an obvious reference. As she spoke, she used her hands to make physical gestures of touching, pulling and feeling the fabric. It was as if she wished to emphasise that her handiwork was physically present in this collection, following on from a definite statement from the house last month, that emphatically quashed any rumour of Philo leaving.

And so in contrast to the neon plastic stadium seating and the bright drips of hot pink and orange latex on our invites, the collection was one that soothed the eyes with tactility and allayed fears that the Céline garderobe would be disrupted. The Céline lexicography of well-cut shirts flailed over similarly well-cut flared trousers. Super shiny satin dresses were deliberately bunched up and purposely wrinkled. Smocked tunics were knotted at the thighs and buttons were left partially undone. Coats and jackets bubbled up with a cape-like volume at the back and tufted dresses were shaped to fall off the shoulder. Save for a few coats in petrol blue leather, the palette was restrained. “I was very, very happy in the end to have a very small amount of colour,” said Philo. “There could have been a lot of options, we had a lot colours and a lot fabrics, but it felt right to just have the yellow, the black and the beige – just to keep it very tight.”

This was the mark of a designer with plenty of natural intuition for the way fabric comes together with body, but also the way a house is built upon familiarity. The industry may be displaying signs of sharp changes and dramatic cliff-hangers but at Céline, Philo instils a sense of calm with what she knows and does best.