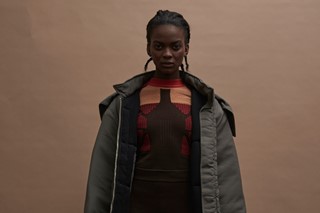 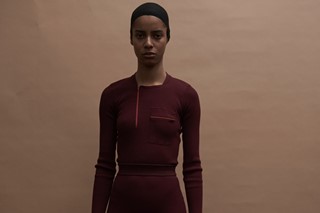 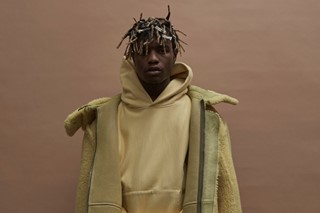 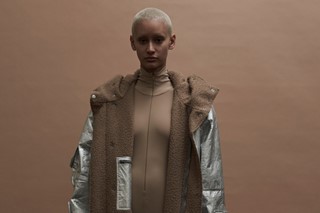 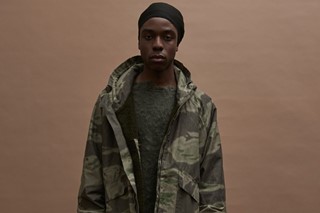 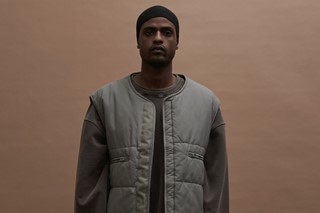 Kanye West knows how to build hype. After several months of sneak peeks and cryptic tweets, the rapper-slash-fashion-designer unveiled his third collection in collaboration with adidas: Yeezy Season 3.

The event was staged at Madison Square Garden, a venue which holds 18,000 people – though tonight the New York Times and INYT fashion director/critic Vanessa Friedman reported that there were “Still a lotta empty seats...” The show was streamed in cinemas around the world, and on Jay-Z’s music streaming service TIDAL. In fact, the site crashed due to the sheer number of Yeezy’s disciples attempting to tune in.

The show began with an enormous undulating silk coverlet that, when removed, revealed hundreds of street-cast models. Dazed 100 star Ian Connor was among them, smoking a cigarette like last season, along with rapper and former Dazed cover star Young Thug. Naomi Campbell also modelled in the show, roaming among her counterparts in a dark fur coat. The collection itself was utilitarian (something that has become a signature of West) in largely autumnal tones. The models simply stood there, wearing the collection, for what seemed like a long time.

Of course, the event coincided with the launch of West’s hotly-anticipated new album – first named So Help Me God, then Swish, then Waves and finally (as of yesterday) The Life of Pablo. The first song was called “Ultra Light Beams” and the ones that followed featured vocals from The Dream, Frank Ocean, Kid Cudi and Rihanna. Young Thug and Vic Mensa finished off the show by performing some of their own new songs.

The Kardashian family were out in full force, all of them dressed in all-white ensembles courtesy of Balmain’s creative director Olivier Rousteing – who was also present. In his speech, West thanked Rousteing for creating these outfits.

“I just want to bring as much beauty as possible to the world. I’m only 38 years old” – Kanye West

West also revealed something about his aspirations, announcing that he wishes to become Hermès’ creative director. Speaking on his career thus far, he said, “No-one can tell you what field to stay in, I mean it’s the number one shoe (referring to his Yeezy Boosts), my shoe is the number one shoe.” As for his ultimate goal, he said, “I just want to bring as much beauty as possible to the world. I’m only 38 years old.”

Tonight, West blurred the line between fashion presentation and entertainment – something perhaps only Victoria’s Secret have managed to do successfully prior to him. Music and the element of ‘celebrity’ gave a mass audience and entry point into the otherwise closed-off world of fashion. Think what you will of the clothes, this will have been NYFW’s most-hyped about show.

See below for more images from the show: