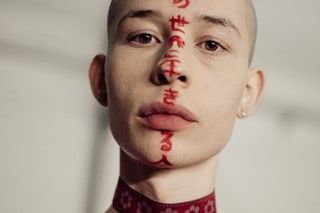 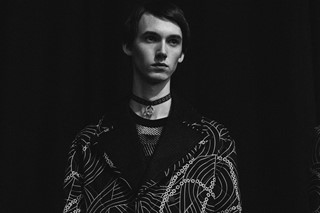 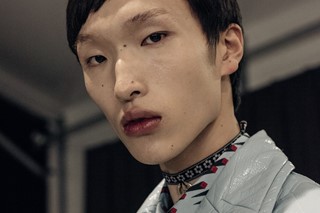 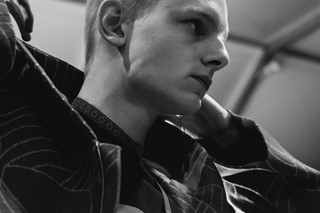 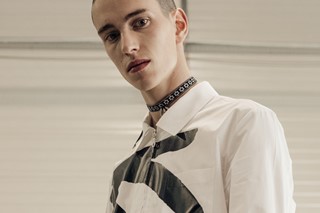 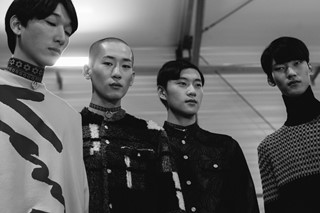 Carol Lim and Humberto Leon’s Kenzo shows tend to be big production affairs. Recent showings have included models posing on moving podiums, holographic trees (also moving) and a Parisian skatepark complete with a digital avatar called Knola. This season, the design duo wanted to do something (in their words) “more real, more human” which translated to a choir of around two hundred people performing a rendition of Janet Jackson’s late eighties hit “Rhythm Nation”.

It started with a curtain lifting from one end of the warehouse-style space. Dressed in red lab coats, the choir proceeded to fill the space, arranging themselves into orderly lines. Then they started chanting in unison, “We are a nation with no geographical boundaries, bound together through our beliefs. We are like-minded people, sharing a common vision.” As light, and occasionally puffs of smoke, cascaded down on them, they began to sing “Rhythm Nation”.

“With music by our side,” they sang, “To break the colour lines / Let's work together / To improve our way of life.” In the aftermath of the Paris attacks in November, which multiple designers have responded to this week, these words are particularly poignant. “The lyrics are still so relevant for today,” said Leon backstage at the show. “The song has a strong message, and that’s something we are thinking about at the moment.”

Like Kenzo’s show, Jackson’s “Rhythm Nation” came in the wake of various tragedies and sought to incite social change. In fact, The New York Times described it at the time as a “militantly utopian dance-floor exhortation” and there was something militantly utopian about this collection too – indeed, Leon also said that the song “worked with the clothes.” The silhouette was easy, the tailoring was loose and the prints were psychedelic; models wore peace symbol pendants around their neck, hung from ribbons printed with daisy chains – some had Japanese symbols painted on their faces.

At this show, the utopia of the 60s hippy movement met the politicised pop of 80s dance music and the decidedly modern, LA-infused approach to design of Lim and Leon. It was a potent, and highly engaging combination.