Get to know D.Gnak, the culture blending label from Seoul, via New York 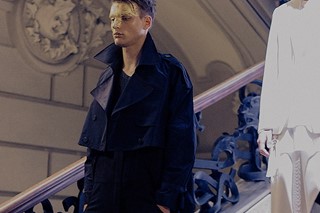 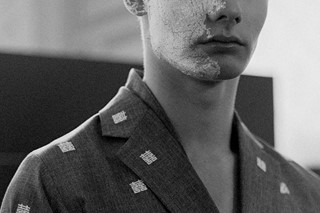 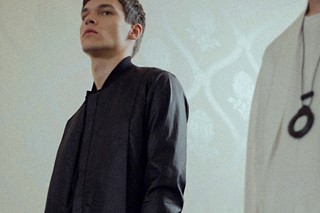 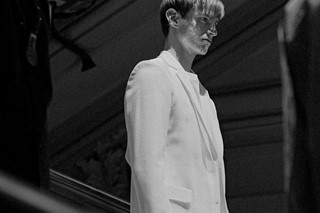 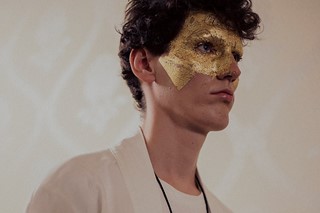 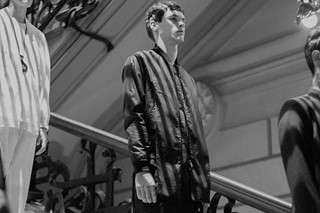 Hailing from Seoul, Kang Dong Jun is at the fore of a new wave of Korean designers going global. He’s the Parsons grad who started D.Gnak in 2006, taking its name from the mirrored reflection of his own. Living in Harlem in the late 90s, Kang was lonely and bored by New York, admitting that while the city widened his perspective, it’s commercialism failed to inspire him – instead, he turned inwards, channeling his isolation into hard work. With a design vision that blends East and West, the conceptual fashion house this week staged its first scheduled presentation in Milan. D.Gnak’s SS16 presentation introduced the mythical symbols of the phoenix and the dragon to both urban sportswear and formal silhouettes, in a collection that was a careful blend of influences. With an accompanying performance of drummers, the presentation saw boys’ faces coated in metallic paint as they stood in Kang’s signature monochromatic and deconstructed designs.

Kang’s obsession with fashion started in childhood. Instead of squandering his pocket money on toy guns like the other boys, he would spend hours trawling his favourite stores for clothes, dismissing the tacky Marvel t-shirts all his friends wore (“I was too cool!” he admitted). When someone bought him home a Hawaiian shirt from his travels, his attitude changed: he had unearthed a new personal style. His fascination with global influences has since created a dialogue that pervades much of his work. While fashion’s frequent assemblage of cultural styles can tread dangerous territory, Kang doesn’t see it as appropriation, rather a sign of the times in which we live – where information is instantaneous and the globe interconnected. “It just happens really naturally over time,” he explained, “we have so much information and everyone is updating everything every second.”

See all the images from D.Gnak SS16 above.