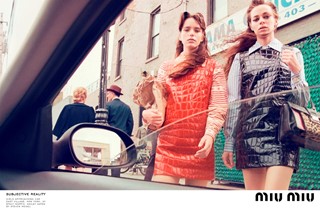 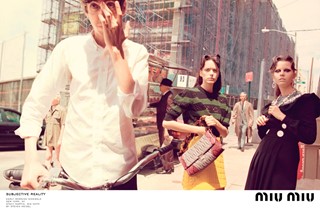 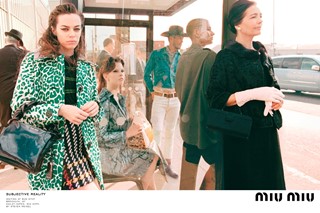 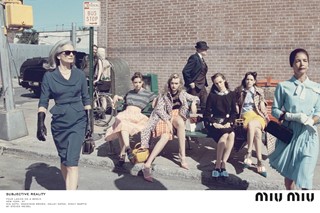 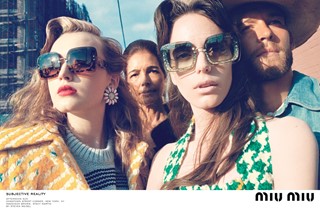 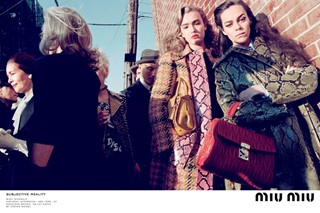 So we all know Prada loves plucking Hollyweird actors on the cusp of success for campaigns – Joaquin Phoenix, Ezra Miller and Tye Sheridan being cases in point – but don’t forget that sister brand Miu Miu has a similar rep for the girls. Over the years, they’ve tapped actresses including Drew Barrymore, Chloë Sevigny and Dazed cover-star Lupita Nyong’o for their ads, and AW15 is no different.

In this latest shoot, iconic photographer Steven Meisel lends his lens to a series dubbed “Subjective Reality”, starring Maddison Brown, Hailey Gates, Mia Goth and Stacy Martin. The latter two are no stranger to the brand – starring in their SS15 campaign and first ever fragrance ad respectively. Now semi-infamously, British actress Goth had her image banned by the Advertising Standards Agency for appearing to sexualise a child – despite the fact she is 22-years-old.

Shot in New York, Miu Miu’s AW15 campaign takes it to the street, continuing a long history of American street photography (as seen in the way images are all titled individually, with partial clues to locations). Models are caught off guard, mid-gesture, some times overshadowed by passers-by or retro cars in contrasting shots of colour. Check it out in the gallery above.