Digital communities are breaking down fashion show barriers, staging IRL runways with models, designers and crew all found online. What does this mean for the industry? 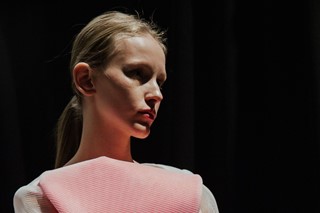 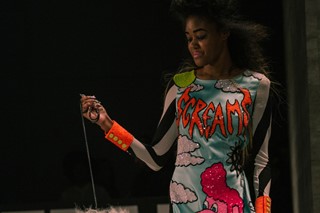 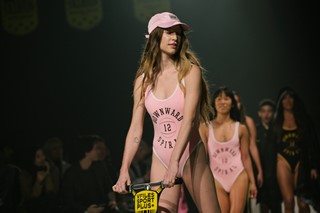 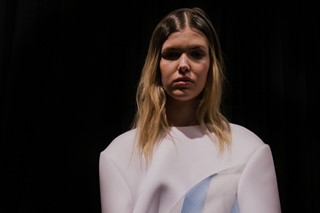 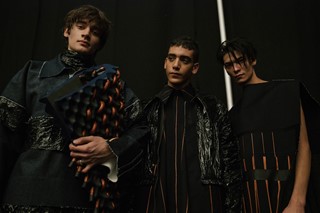 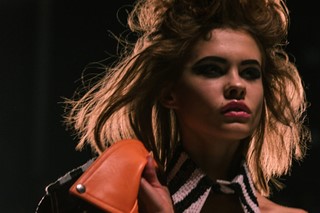 For one of the most dropped names of the past few seasons, an air of confusion remains about what exactly VFiles is ­– or should that be does? For fashion’s elite, their first introduction to the global gang was probably at a VFiles Made fashion show. Just last week, the AW15 crew kicked off New York Fashion Week in a hail of scooter-riding, poodle-walking, Big Sean-soundtracked thunder. The showcased designers were plucked from all over the world: “Welcome to our universe” quipped one technicolour Di$count Univer$e tee. In a groundbreaking move, this hot ticket was for everyone: the four designers, 30-odd models, stylist, photographer, hair stylist and makeup artist all got to show at the Lincoln Centre by applying on the VFiles online community. But how far can crowdsourcing go towards democratising a previously closed world ­– and is it a model that has the potential to change the fashion show format forever?

What’s in a VFile? Apparel-wise, the name encompasses an online shop – stocking designers like HBA, Craig Green and its own line Sports Plus – as well as an IRL destination store in New York. Fans include Rihanna and Mike the Ruler, but the real devotees are to be found in the online community. Currently numbering over 75,000 users, the platform provides a social media network for those who love fashion, want somewhere to talk about it and long to be a part of it. This third aspect of their mission forms the thinking behind the open-call for AW15. For founder Julie Anne Quay, to call the show crowdsourced doesn’t even cover it. “At VFiles we prefer to call it fashion democracy”, she asserts. For her, VFiles is setting a standard that has the potential to change the traditional notion of a fashion show in every way. “Those who participate in and create the show, but also who attends and how it is viewed – content creation and content distribution.” Attacking fashion on two fronts, Quay’s crew promises to set up camp behind the scenes as well as in the increasingly web-accessible front row.

“New York, breaking free of its corpo chic reputation, is undergoing something of a rebirth: hypermodern brands like Gypsy Sport, Telfar and Eckhaus Latta are bringing outsider fashion to the mainstream”

So why might the VFiles community be proving so powerful? For one, the userbase is bound to make anyone feel their age: as Quay recently told the Coveteur, over 90% of the site’s users are under 34, and more than 60% are under 24. Moreover, while the structure of the website takes its cues from image-sharing sites like Tumblr – you can follow favourite users and trending image feeds, or curate your own – the key difference is the emphasis on collaboration. This means that users don’t just contribute images, but also work together to credit the people behind them: the source, date, model, photographer and even the make up and hair stylists will all be tagged. Worlds away from the frustrating ‘Source Unknown’ that accompanies so many hapless image searches, the content on VFiles can emphasise the process of fashion over the product. The result is an experience that not only belongs to the fashion crowd, but acknowledges them, too. With scarily comprehensive visual histories of ‘Denim’, ‘Over-Accessorised’ and even the ‘Haute Stoner’ available to browse, you can see why Quay has dubbed V-Files’ teenage users ‘fashion academics.’

By crowdsourcing an AW15 offering that puts the freshest creative teams front and centre, VFiles have transposed the infrastructure of their digital platform into the real world – and it works. But as the show cements VFiles’ reputation as New York’s most dedicated platform for new design talent, one wonders whether the movement is as much tied to its geographical location as it is to the internet. New York, breaking free of its corpo chic reputation, is undergoing something of a rebirth: hypermodern brands like Gypsy Sport, Telfar and Eckhaus Latta are bringing outsider fashion to the mainstream, as worn by 14 year-old muses and genderqueer collectives alike. For Quay, VFiles in its current form might be connected to the city’s current happening – ‘because of the feisty go-get-it nature of New Yorkers!’ – but the long-view has to look to the rest of the world. “I’m Australian, and in every show we have featured international designers”, she says. “Fashion is a global experience and more than ever the global youth of fashion speaks one language.”

Still, even an unmappable fashion democracy has its outer limits. The AW15 Made Show was still judged by those at the upper echelons of the industry, after all: including Calvin Klein men’s creative director, Italo Zucchelli. To really tell how an internet-derived model could hold the key to a changing fashion format, a glance at the bigger picture is necessary: one that looks beyond the crowd to examine the online experience, where time and space needn’t figure at all. Quay’s next target? The fashion calendar itself. “It’s always summer or winter somewhere”, she says, betraying her antipodean origins. “The clothes they show at fashion week are not available for six months – this has to change.” Her words reflect transformations that are already in play at fashion weeks, with shows streamed live as standard and, increasingly, certain products available to purchase immediately. Moreover, as the Lincoln Center hosts NYFW for the last time, perhaps editors should blame the internet for their extended travel fares – as Quay asserts, “we will be choosing show locations based on the strength of and access to Internet cabling.” With the newest generation of fashion designers keeping the pace, perhaps the days of waiting half an hour for a show to begin are over: speed is fast replacing season and location as an unavoidable fashion week precept.

Of course, VFiles won’t maintain its prime position for long unless its own site keeps in step. Version 2.0 of the platform launches in a couple of weeks, and, to listen to Quay, it sounds like Mark Zuckerberg should watch his back. “We want everybody on VFiles to be able to connect within and out of our platform”, she says. “More connection, more integration.” For anyone still confused, maybe that’s just the point. In an increasingly co-opted social media landscape, VFiles and its fashion democracy aims to confuse anyone but the fashion-faithful. Through an internet lens, the success of the site could hail the coming of the ultra-niche social media network: a model that, for some, could spell the end of more general purpose sites like Facebook. For fashion, it signals a brave new world, or at least a tectonic tremor: one that values collaboration over figureheads, diversity over hegemony and, of course, fully-cited VFiles over the sourceless archives of the Tumblr-fied web. The new era of the fashion show might come out of technological change, but that revolution is still being shaped: commanded by a generation sated with the fashion imagery of the decades, and hungry for more.

Fashion tits, NODELs... this is the dA-Zed guide to the hyperreal world of VFiles