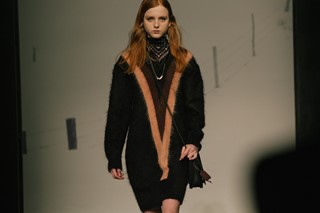 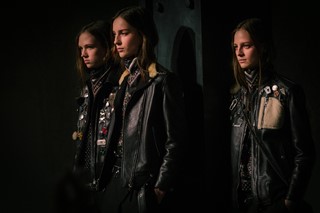 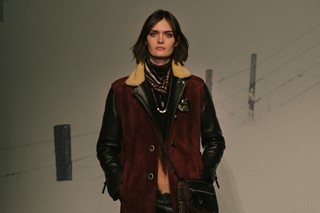 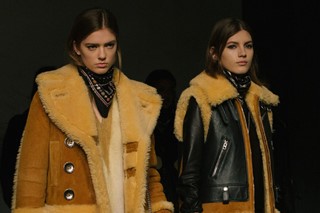 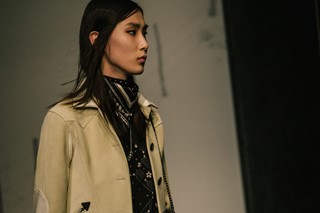 Richard Prince-style biker girls invite the audience along for a ride.

Bad girls do it well:

Coach’s alter ego emerged this season – and it’s bad to the bone. After giving us retro groupie vibes for SS15, Stuart Vevers rallied up his girl gang – who were full of attitude and ready to skip town. The Raveonettes soundtracked the show (think: “My Time’s Up” and “Young and Beautiful”), as Vevers' brooding babes rocked their cult-worthy uniforms. Shearling-lined Perfectos were patterned with motorcycle-gang inspired patches, while an American flag graphic or two cropped up; the girls wore their patriotism loud and proud. The clothes were worn with such spontaneity and ease that it was hard not to be inspired by their free spirit, and just hitch a ride out of the city.

“I am constantly inspired by the everyday, the slightly rugged,” said Vevers who brought a decidedly darker undertone this season. The Yorkshire-born designer said that in the five years preceding his appointment at Coach, he spent his summers traveling across the states by train and taking in the scenery of the American countryside. Jack Kerouac eat your heart out, because these girls were definitely ready to mount a Harley Davidson and go road tripping with their boyfriends.

The soundtrack to Coach AW15: