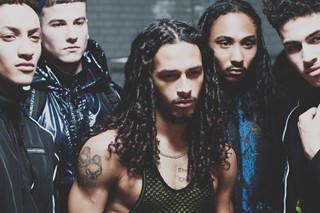 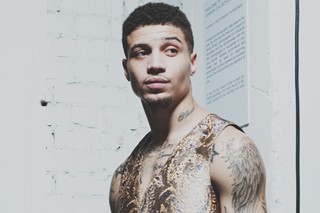 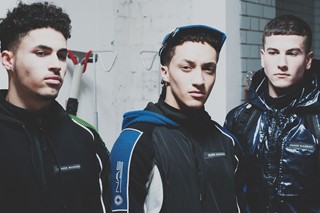 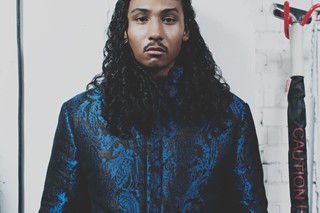 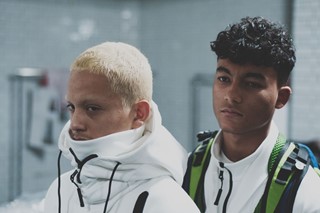 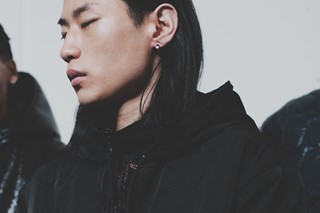 East London's menswear renegade takes it to the next level. For a few years now a number of British design talents have championed an aesthetic steeped in sportswear and streetwear roots, but Mazhar has always been the most believable of the lot. After all, it was his distinctive aesthetic that had Victoria’s Secret on the phone ahead of their London arena show when they needed a local designer’s spin on proceedings.

This season, we weren't just served up Mazhar’s trademark logo-heavy joggers to a hip-hop soundtrack: on a series of Instagram-cast models, he demonstrated that there’s more to him than that. Yes, his signatures – like the Bully cap with its pencil holder – remained, but they were mixed in amongst metallic jacquard fabrics (continuing SS15 womenswear’s Arabic inspirations), fleece tops, and heavy-duty jackets with shiny, varnished leather pockets.

There were the usual injections of brighter colour here, but the stand out looks were the monochrome pieces, with the über bright whites providing the perfect canvas to show off his new logo. In fact, it was that detail in itself that could sum up the more grown up offerings on show. You could say it’s business over kudos for 2015.