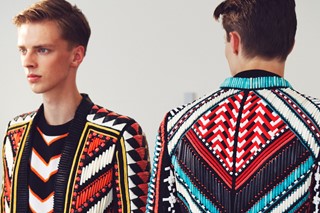 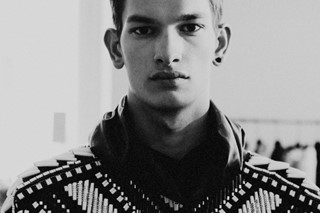 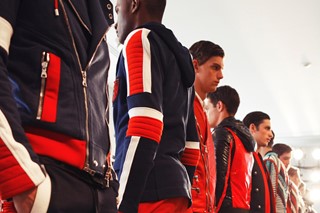 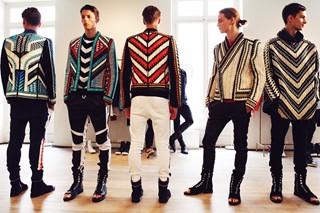 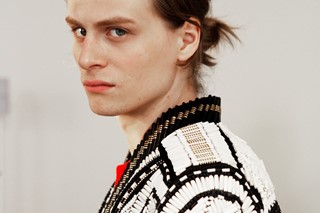 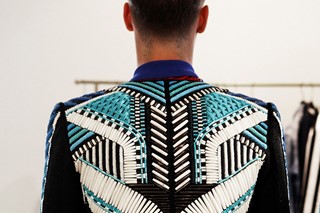 Nothing less than decadence should be expected from the self confessed ‘maximalist’ Rousteing. Last year, when trying on clothes in the Balmain showroom, campaign girl Rihanna tweeted: "This shit is art, like you don't even wanna touch it!!!" The same could be said of his offerings for this season’s menswear, especially the jackets – which combined elements of the African weaving that inspired AW14 with intricate beading. The shoes, open toed sandal/walking boot hybrids, looked like something Hermes, the messenger of Greek myth, would trade his winged gladiators for were he incarnated in 2014.

"This season, it was all about being sporty and effortless," Rousteing revealed, drawing his inspiration from the World Cup, 70s athletes and the intersection between hip-hop culture and sportswear. Before the presentation, the prolific hashtagger posted a sneak peek of the collection to his 360,000 Instagram followers: a mash-up of lookbook images and pictures of French ski champ Jean-Claude Killy, whose influence can be seen in the collection’s vivid, tailored sportswear. Rousteing is a designer that works very much according to his own tastes, and his casting of model Dudley O’Shaughnessy – who could pass for his brother – for the lookbook indicates that this is true now more than ever. "I still love past generations," he said, "but I need to push mine now."

Last season, Rousteing took the house on an East African safari. See it below: 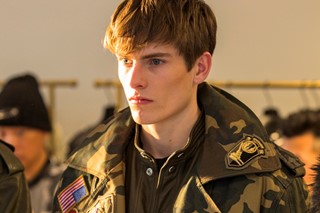 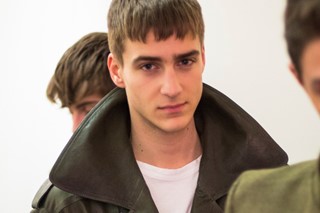 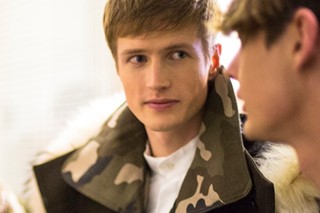 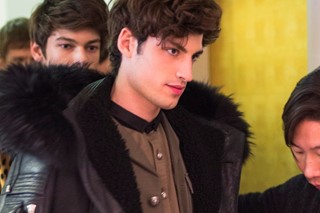 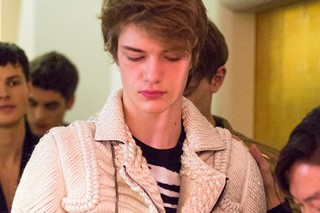 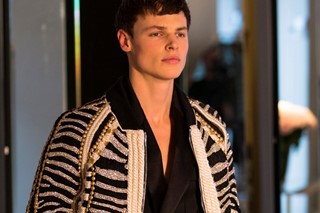