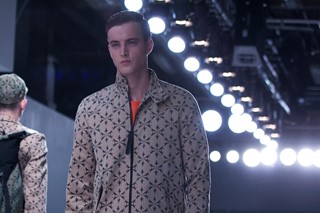 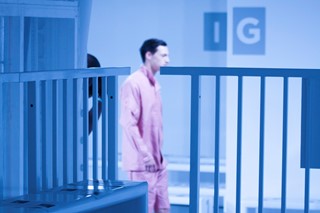 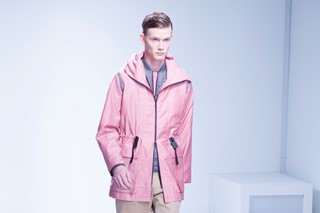 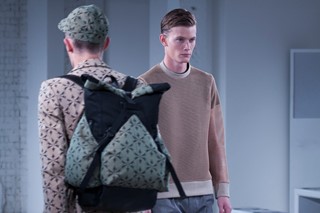 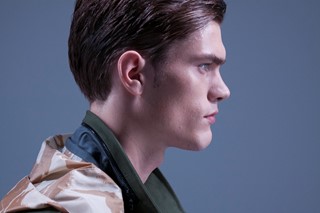 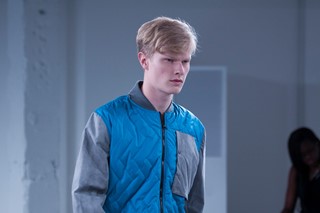 For SS14, Christopher Raeburn took us on a desert mission inspired by the Long Range Desert Group, a reconnaissance and raiding unit of the British Army during World War II. Raeburn – whose long-standing fascination with military aesthetics has also birthed his REMADE range of re-appropriated surplus military fabrics – explored desert imagery and the notion of camouflage via an urban sensibility, seen in sand-coloured tracksuits detailed with military mesh and electric blue functional quilted outerwear.

But for all the utilitarian details and rugged references, there was also a softness and a gentle aura about the collection. Satellite imagery of the desert resembled painterly bleeding watercolours, lightweight parachute fabric billowed behind the models and tailoring came adorned in a delicate desert lizard print.

“We’d done all this research into Long Range missions during the Second World War and the desert patrols, but then you get these really hardy, stoic men driving pink Land Rovers and it’s quite a nice contrast,” Raeburn told us, referring to the camouflage colour of choice for the army’s desert vehicles, which popped up as a muted pink on sporty formalwear. “We always try to bring that playfulness in and try to make sure it’s not too serious. I think having that sense of humour in my work is so important.”