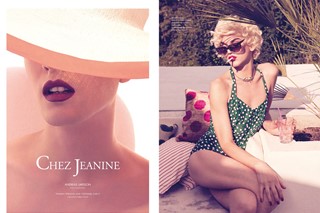 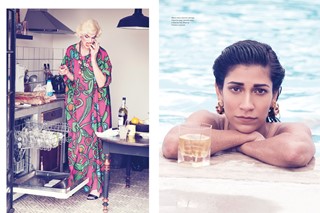 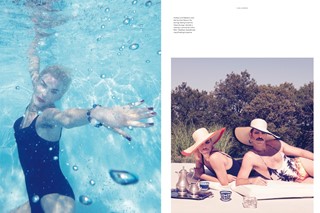 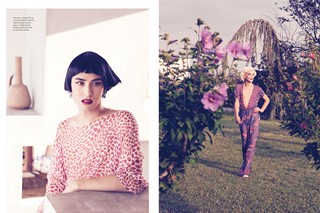 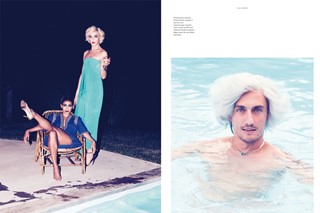 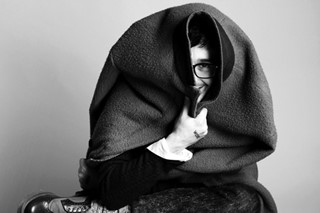 Today Spanish one-man publishing house Luis Venegas launches the fifth edition of the world's first transversal style magazine, Candy. Venegas, a creative director, art director, writer and occasional photographer has collaborated in various capacities over the years with designers including Thierry Mugler, Sybilla and brands Carolina Herrera and Loewe. He began his journey into print in 2004 with Fanzine 137 and EY! Magateen; both proof that if an idea's worth doing, do it yourself – fashion's friendliest renegade-thinker has made a compelling mark within independent publishing. Here we showcase an editorial from the issue shot by Andreas Larsson, featuring muse, host and London's favourite 'door bitch' James Jeanette in the south of France.

Dazed Digital: Can you tell us about the shoot with Jeanette showcased here?
Andreas Larsson: The concept is quite simply a weekend away with some friends in the south of France and I photographed us enjoying the time away. The house, Chez Jeanine, used to belong to Stephane Carcy's grandmother, Jeanine Cabrol.

Luis Venegas: I love Jeanette! I think he's been in all five Candy issues published until now, photographed by Andreas Larsson, Benjamin Alexander Huseby and Brett Lloyd. I hope he'll be again and again and again in the future issues... He's a UK National Treasure and deserves recognition from Queen Elizabeth!

DD: What else are you excited by in the issue?
Luis Venegas: Many things as usual! There's a great portfolio of snapshots taken by Nazi transvestites during World War II, Lady Bunny, never seen before images of Candy Darling, film director Xavier Dolan in drag, the return of 90s model Eve Salvail… But I especially love the cover story, which for the first time isn't a super-popular star, but a fabulous, beautiful black transwoman channeling a politician who looks pretty much like Michelle Obama. I remember back in early 2007 when the Democratic Party’s nominees were narrowed down between two "controversial" stereotypes never before seen for presidency: a black man, Barack Obama; and a woman, Hillary Rodham Clinton. At that time, I thought, 'when will the time come when these archaic walls break down and the White House will be occupied by, for example, a black, transsexual woman?' At that moment I decided someday I would toy with this idea on one of my covers of Candy. Connie Fleming is the model and she's done a fabulous performance, photographed by Danielle Levitt and styled by Brad Goreski.

DD: What's your favourite type of Candy?
Luis Venegas: You mean literally? Oh, I shouldn't eat too much candy or even think of it. I'm trying to lose weight!