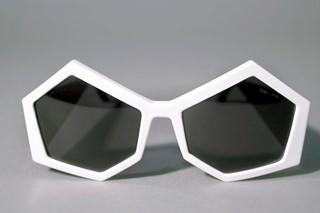 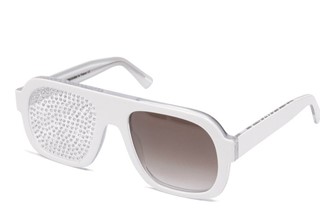 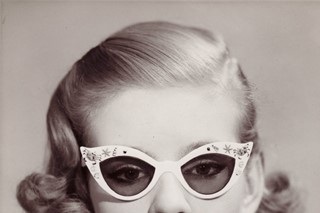 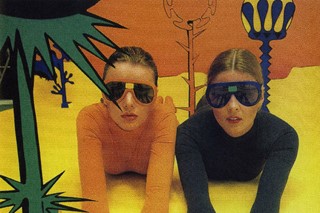 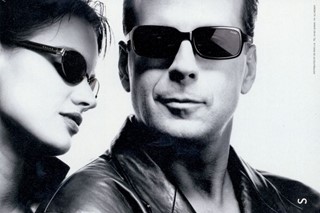 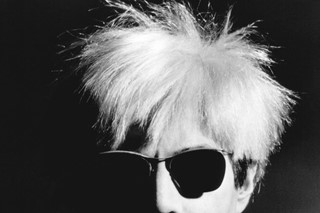 If eyes are windows to the soul, eyewear is its curtain. This idea is the core of the London College of Fashion’s latest exhibition, showcasing the importance of eyewear in the evolution of style over the 20th and 21st centuries. Hosted at the Fashion Space Gallery as part of their Elements of Style series, Framed! Contemporary Eyewear in Fashion brings together over 200 pieces of eyewear designed by some of fashion’s most earth-shattering creatives. Curators Leanne Wierzba and Gemma Williams took Dazed Digital behind the exhibition and explained the value of a well-crafted pair of frames.

[Eyewear] not only affects how we see in the world, but can also shape how the world views us. Unlike a t-shirt or a dress, people rarely have more than a few pairs

Dazed Digital: Where does your fascination with eyewear come from?
Gemma Williams: I have always had an interest in the smaller things in fashion. In 2009 while I was volunteering at the Victoria & Albert Museum I happened upon another volunteer who was cataloguing a collection of eyewear from the Oliver Goldsmith Company. I was captivated by this archive of fascinating objects and upon researching it realised how visionary the designs were. Vidal Sassoon even created a haircut to compliment one of his designs.

DD: Why is eyewear such a personal accessory?
Leanne Wierzba: It not only affects how we see in the world, but can also shape how the world views us. Unlike a t-shirt or a dress, people rarely have more than a few pairs. So eyewear often says a lot more about a person’s personality than most other items of clothing, which are more often influenced by trends.

DD: What would you say makes eyewear luxurious?
Leanne Wierzba: Like most luxury items, eyewear wasn’t very accessible for the general population until the 1950s, when the concept of mass-market luxury took off via the vehicles of media and plastic. Luxury became something totally adorned that made a statement and that could be disposed of. Today, luxury seems to be as much about ideas as it is about craft and materials. The idea has much more to do with brand identity than the product itself – which in itself is a total luxury.

DD: What part of the process of curating this exhibition did you love most?
Leanne Wierzba: In a sense, these are just small objects that don’t hold much of a sense of aura in the classic way. In another sense, they are the ultimate collector’s items, full of ideas.  What has impressed us the most is the stories, brazen and subtle, that have been told to us by the people we have met in the industry and of course by the objects themselves.

DD: Are there any particular highlights we can expect?
Gemma Williams: Along with iconic archival pieces, we have included six examples of eyewear by young designers and artists that we see as really pushing the boundaries of the medium. We were also eager to highlight fashion collaborations and eyewear on the catwalk.

It has been so exciting to curate a show that united objects such as the utterly pop ‘Lego’ glasses from Jean-Charles de Castelbajac’s archive in Paris with a beautifully ornate diamond-encrusted pink-lensed frame by Christian Dior from the mid 1960s on loan from a private collector. Each frame has integrity and a little bit of soul.