Inspired by urban and rural enviroments, Miller graduated from MAN to his first solo show 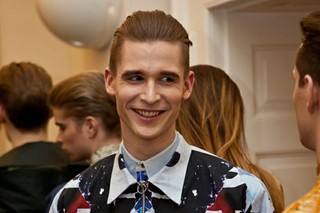 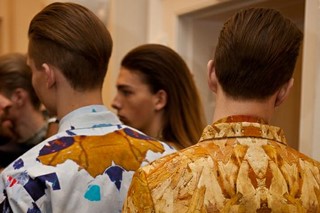 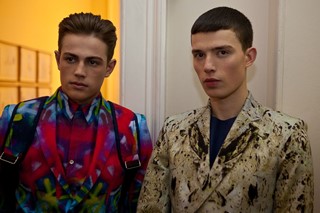 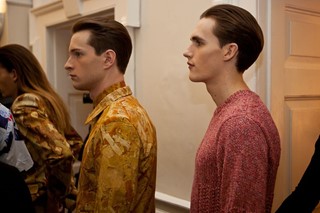 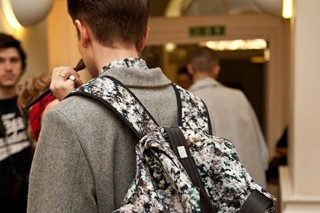 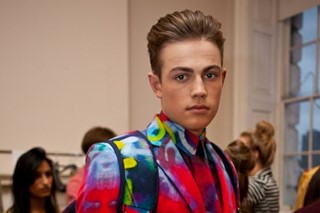 Matthew Miller has been showing as part of the London Fashion Week menswear day for three seasons now. Gradually evolving his collection, Miller started out in Spring Summer 11 with his pared down tailoring meets sportswear, adding in outerwear elements to give it an active feel. Clasps, buckles and straps adorned cleanly cut jackets and shirts and colours were easy, blues, whites and greys. Evolving his ideas into his second collection things took a step up and whilst maintaining his tailored look, the addition of super brights straps and details added a forward thinking element while his bold outerwear pieces really made a statement.

Following the positive response that these collections received, it was a large and eagerly intrigued audience that attended his intimate salon presentation in the Portico Rooms of Somerset House for his Autumn Winter 2012 collection. Having graduated from his MAN showing last season, as part of the Fashion East initiative, to his own salon presentation, this was a collection that looked back at what had gone before and built on his signatures for a rounded and bolder collection. Inspired by a need to get out of the studio and take inspiration from the environment Miller's man lives around, from the city to the country, the young designer has created a wardrobe for adventures.

I was feeling stuck in the studio and kind of wanted to design myself out of a situation. I thought about getting out and launching my own expedition

“I was feeling stuck in the studio and kind of wanted to design myself out of a situation. I thought about getting out and launching my own expedition,” says Miller. Starting after the close of his previous show, after each day in the studio he walked a new route taking him through the centre of London and on to its industrial outskirts. Taking photographs to document the journey, for this season he created a variety of digital prints which were incorporated into the looks. Considerably brightening up his usual monochromatic pallet, these prints offered a new direction for his classic suits, tailored trousers, tshirts and shirting. Colours were naturally bright greens coming through from the landscape he encountered, boosted by the vividness of torn adverts on billboards.

Alongside the suiting, sportswear elements pushed an athletic silhouette and oversized round shoulders and structured cropped elements adding a touch of statement. Traditional over coats were done in more usual fabrics, paring things down and nodding back to his previous offerings, but also given a technical re-working, using black nylons and featuring oversized highlighted pockets and hardware. These elements added a moodier feel contrasting the bolder aspects. “That's just London for you isn't it, it's what its like, moving from the granite and the concrete through to the industrial areas and then into greener areas,” he says. “London is moody but its also exciting, there's definitely a lot of surprises and that's why I live here”.