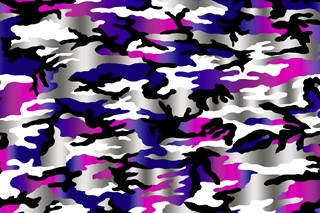 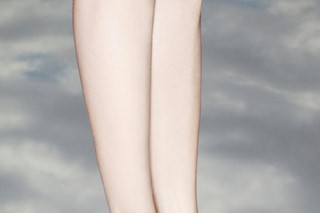 Always pushing forward and challenging themselves and their customers, Dior has asked German conceptual artist Anselm Reyle to work with the brand on an one-off line of colourful accessories. Encapsulating handbags, shoes and jewellery, the collaborative line is dominated by Reyle's characteristic camouflage pattern - but with an added Dior twist, the colours of choice are fluorescent green, yellow and pink shades.

Hellbent on putting the fun back into a normally sombre autumn/winter wardrobe, the collection is an excellent way of adding a pop art to your look. Wedges and clutch bags fight for attention with Cannange Lady Dior bags and camo scarves. Top stitching on metallic bag fabrics means a more subtle nod towards the Dior glamour, but it's Reyle's fusion of urban camouflage and his shiny neon colours that make this Dior collection a must-have when it launches early next year...

Dazed Digital: How did you get involved with Dior?
Anselm Reyle: Delphine Arnault knows my work for quite some time and contacted my gallery - Almine Rech in Paris - to ask if I could envisage a collaboration with Dior.

DD: Was there a particular reason you ended up working on an accessory line, instead of clothing for example?
Anselm Reyle: When the Dior team came to Berlin to visit my studio, they asked me to develop an all-over pattern especially for handbags and other accessories based on my own artistic style, including materials, forms and colours and the traditional heritage of Dior.

DD: What inspired the designs?
Anselm Reyle: I tilted the Cannage which may be considered as a kind of intervention and deconstruction of the well-known and most classical signature of Dior. In my art, I also often take found things as a starting point that are further developed, modified and brought into a new context.

Similar to this, the camouflage pattern is a motif which I already used for my material paintings instead of the typical support of a white canvas. For me it’s interesting to see how it has been adapted by the pop world from its military background and how it then looses the original meaning. It remains a kind of empty phrase. Usually the camouflage hides something, but here it’s the opposite - it is very visible because of the signal neon colours.

DD: It's all very colourful, does that co-relate to your art?
Anselm Reyle: It is based on my art work. I often work with neon colours. I am interested in combinations that seem to be dissonant at first sight.

DD: Do you have a favourite piece in the collection?
I like the yellow Lady Dior bag, especially the dissonance between the greenish yellow of the metallic material and the neon yellow stitching.

DD: What's next for you?
Anselm Reyle: Actually I am working on another collaboration with Meissen – the well-known Porcelain manufacturer – where I’m using flawed rejected products and useless residues to make new sculptures. Two of them are shown at Gagosian Gallery in Athens.