A 1930s cabaret vibe was in full swing with lampshade hats, frills and pearls adorning striped blazers and shirts 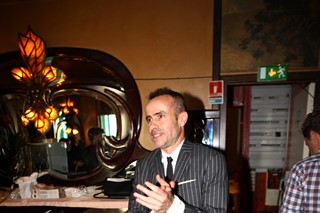 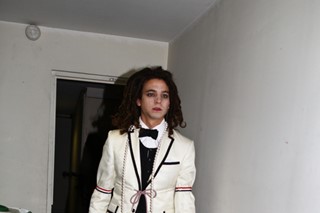 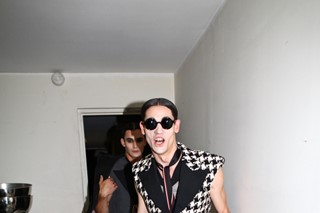 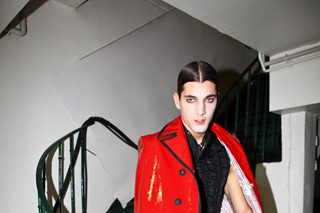 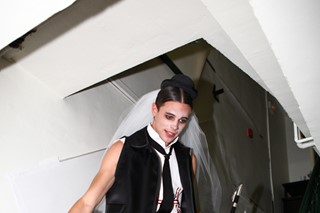 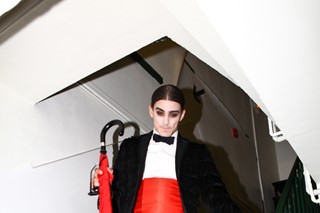 As always we expected Thom Browne to put on a good show and we weren't let down. Last few season's space academy and 17th century dinner parties were good but the 1930s Paris cabaret club idea was better since it allowed Browne to pursue the formal aesthetic of that time and mix it with the camp humour of a night club setting. Thus we saw lampshade hats and frilled shoulder pads, heavy make up and foot long pearl necklaces, lapels going all the way down to the waist and pearl-embroidered jackets being paraded down from a stage and mingling amongst the tables.

Camel coats and mini chapeaus mixed with more standard Browne gear, such as grey lacquered leather capes and seersucker suits, and the American designer also let loose his stripe obsession this time around, making it the sartorial theme for many a trousers and jackets. There's a strong theatrical side to both Browne's show and clothes but, as the Spring Summer collection shown at Maxim's in central Paris showed, there's a uniquely strong aesthetic and style going on there that no one - I repeat no one - but Thom Browne can claim as his own. Not that many designers can say that today.