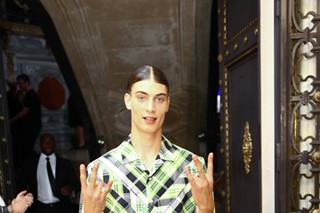 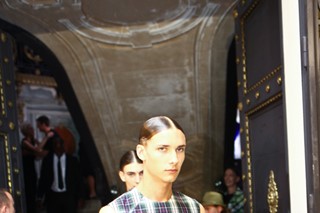 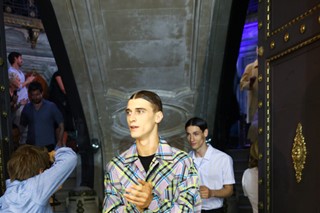 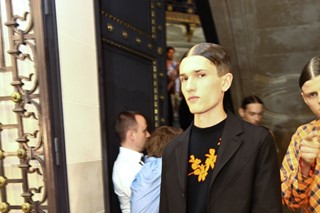 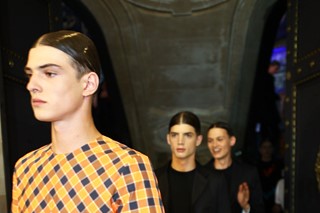 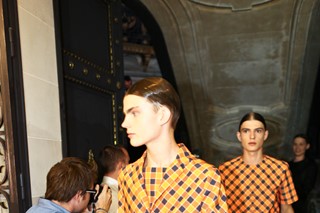 As the main headliner on Saturday evening, Raf Simons reclaimed his disused Bank venue from a few seasons back. But instead of looking back at past seasons through a Greatest Hits collection, as he did last time he showed here, Simons changed his game and showed a study in checks. They came in all sorts of shapes and forms, often on coats or jackets. Whether they were orange, green or purple, they brought a freshness to the show that was very welcome after a looong day of fashion events. In the midst of this plaid frenzy, we were given another colour injection when three leather sleeveless tops in red, blue and orange surfaced in quick succession.

Was this about to be another colour feast á la Jil Sander S/S11? Well, a couple of black nylon coats slowed down the technicolour tempo, and a few shirts with a black top half and a bottom white sobered everyone up. A polo shirt with a belt buckle collar put us back on track again, just in time for Raf's 'Pattern of the Season; colourful flowers on a black background from then on dominated the show. At one point three pastel mac coats tried their luck but with no avail. For his grande finale, Raf Simons returned to the check and to really make a point he doubled up on checks, using one colour way on the top and another on the jacket on top.