The glamorous Italian brand celebrates its 90th birthday this year in grand style as we show images from an exclusive editorial shot at the Palazzo Alberini in Rome and speak to creative director, Frida Giannini 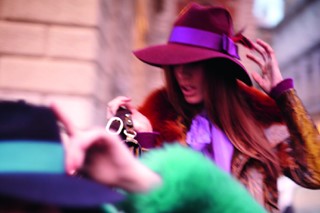 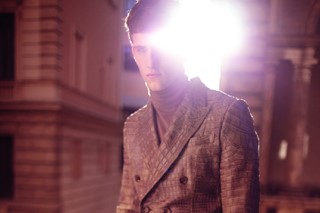 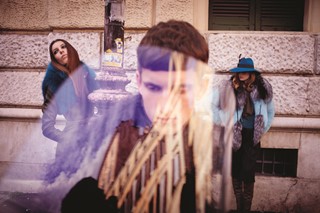 Gucci, the biggest selling Italian luxury brand in the world, turns 90 years old this year and you’d hardly notice its vintage for all the vibrant energy and sexual decadence emanating from the label. Ever since Guccio Gucci founded the label in 1921 as a fine leather goods company utilising the artisanal craft of his native Florence, the famous interlocking G logo has become renowned for its exquisite craftsmanship and a particularly Sicilian take on glamour. Ever since Frida Giannini’s arrival at Gucci – first as an accessories designer (where she updated the iconic horsebit hardware and Flora print to widespread acclaim) to succeeding Tom Ford as Creative Director in 2006, Giannini’s work points to an exciting new future for the house.

Whereas Ford excelled at sex-and-controversy, Giannini’s aesthetic is an incomparably luxe vision of early Seventies rock-n-roll bohemian-chic. Case in point being the smoky beauty of Angelica Huston, whose archive images shot by Bob Richardson was the starting point for Giannini to imagine a seriously sexy femme fatale striding down the runway, eyes veiled by a wide-brimmed hat and adorned with luxe furs, python and ostrich. For evening, Giannini opted for full-on Hollywood glam with draped Goddess dresses in flowing chiffon that came slit to the hips. For that, she looked to a more contemporary icon – flame-haired chanteuse, Florence Welch.

In typically grand style, Gucci is celebrating this momentous occasion with a series of collaborations from debuting the luxurious ‘Aquariva’ boat with Riva and the ‘500 by Gucci’ edition of the Fiat 500 customised by Giannini and in September will launch the Gucci Museum in Florence. Dazed spoke with Giannini...

Dazed Digital: Why did you settle on Florence Welch as the muse for F/W 11 womenswear collection?
Frida Giannini: As I was imagining this collection I was thinking of a strong and somewhat mysterious muse.   Florence is that kind of woman. I met her in Los Angeles at this year's Grammys and was captivated by her presence.  She has a powerful personality and an entrancing quality to her performances. She also has that confident and self assured look that goes hand in hand with the Gucci woman.

DD: Why are the 70’s such a rich mine of references for you?
Frida Giannini: The 70s were a time of great cultural change all over the world.  There were many strong personalities in every field, from music to cinema, from politics to literature. It was also a strinkingly visual period.

DD: You’ve featured James Franco, Mark Ronson and Rihanna in Gucci advertising campaigns and music is so central to what you do. Are you a pop culture junkie?
Frida Giannini: No, I would not say so.  In fact I chose to work with all three of them before they became as popular culturally as they are today.   I think Gucci has been successful in bridging past and present.  We have a rich and storied past, but we always have an eye to the future, which these collaborations represent.

DD: You have really won over critics and customers with your collections over the years which really seem to define a new glamorous era for Gucci. How would you like to take that forward for the 90th anniversary and beyond?
Frida Giannini: Thank you for saying so. The Gucci woman and man I have in my mind are still characterised by a strong personality and self confidence, as they have always been. However,  perhaps I have brought a less edgy more sensual and glamorous feel that in the era before me because I feel that is the right mood for today.

DD: Gucci is celebrating its 90th year with a number of special projects – how excited  are you for Gucci to reach such a landmark?
Frida Giannini: It is a wonderful testament to the vision of Guccio Gucci, who founded his company in 1921 on a series of cherished values that are still as important to us today as they were then.  It makes me feel both humbled and proud to be the Creative Director of Gucci on such a milestone occasion.  Especially at a time when our customers are more interested than ever in the notion of heritage.  OF course, what really sets Gucci apart is that it can count upon both a rich history and a reputation for innovation and fashion authority.  It is this duality that we are celebrating particularly this year, in many different ways, but particularly with the opening of the Gucci Museum in Florence in September.

DD: How would you like to see Gucci celebrate it’s 100th birthday in 10 years time?
Frida Giannini: Let’s finish celebrating the 90th anniversary first and then I will let you know!

DD: What achievement are you most proud of at your time at Gucci so far?
Frida Giannini: We have been working closely with UNICEF since 2005 and so far we were able to raise more than 9 million USD.  I personally feel that it is our obligation as a successful company to give back in some way.   Gucci has an incredible visibility and a very high profile around the world– using this visibility to help children in need has and continues to be extremely important to me.

DD: Luxury is the DNA of Gucci – what does true luxury mean to you?
Frida Giannini: For me luxury means outstanding quality, craftsmanship, innovation and design. It is also about a level of service that knows no boundaries.