In case you missed it, experience Physarum Borax for yourself with the images below

In 2017 the top American Google search beginning with 'how' was “how to make slime,” which nicely epitomises the weirdness of the last few years. This month, an exhibition at London’s Platform Southwark explored our collective obsession with slime, bringing together international artists whose work is linked by a common interest in the sticky stuff. Curated by Ella Fleck and Bryony James, it featured artwork from Iain Ball, Lara Joy Evans, Jack Felgate, Louise Gibson, Jesse A. Greenberg, and Pinar Marul.

“The concept arose from the recent ASMR trend of kids poking homemade slime,” says Fleck. “Slime is a slippery concept, not a real material. It is more a mythologised state of stickiness. In the screen-based society we live in, there is a heightened want and need for sensory or tactile communication.”

It is this need for sensory engagement, Fleck says, that led to slime reaching viral heights last year. Instead of merely celebrating the slime itself, the exhibition explored what kind of circumstances (social, political, technological) bred such an absurd phenomenon.

Highlights of the exhibition included Jack Felgate’s painting of a lone slug travelling through a forest engulfed by a slime mould; Lara Joy Evans’s Incomprehensible Slime – a video portrait of an anonymous psychologist conducting chemical and alchemical experiments; and Iain Ball’s sculptural polytopes which existed amongst a collection of objects and slime imagined from a teenager’s bedroom.

In case you missed it, experience the exhibition for yourself with the images below. 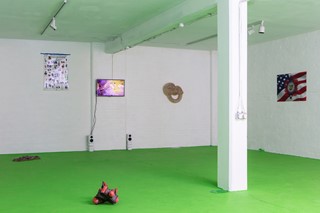 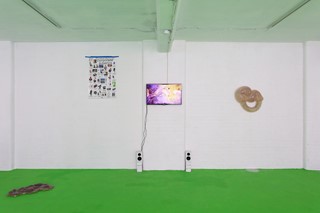 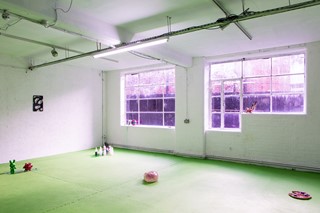 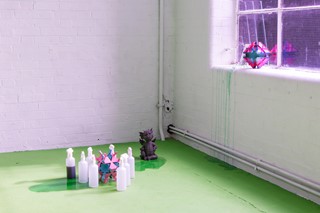 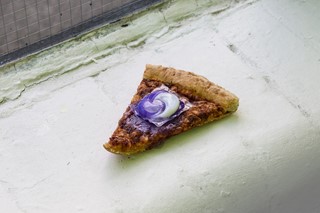 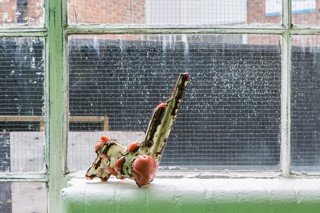