We take you deep inside the Takiwasi Rehab Centre 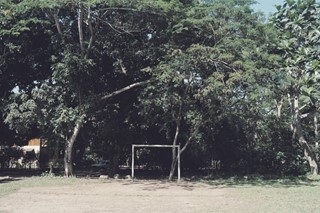 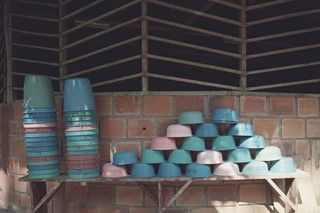 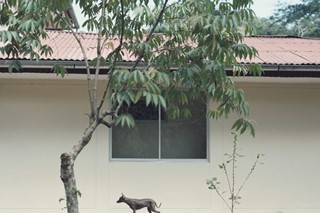 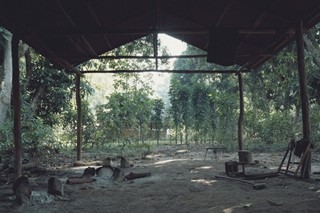 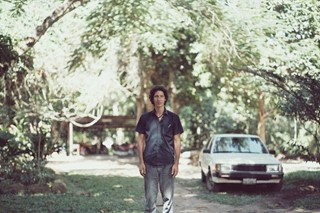 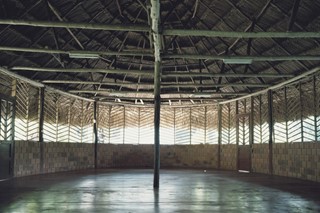 As sticky as a long night at Fabric and as green as Al Gore, Tarapoto is a jungle-city in the depths of Peru. Humid to the point of saturation, and boasting plants as tall as skyscrapers and insects the size of your face: it’s not the most likely place for a drug rehabilitation centre. Or is it? Miles from the nearest city and immersed in vegetation, the isolation must force you to face your demons.

At least one French doctor and philosopher thinks so, Jacques Mabbit, who established this far-flung rehab in 1992.  Since then, Takiwasi has been working to cure people of the hardest addictions, from alcohol and skunk to base and crack. Most of its patients (for want of a better word) come from Peru, but also from as far as Europe and the US.

Ironically, in the 1980s Tarapoto was a serious coca-growing region. Andean migrants harvested coca leaves and clandestine jungle labs produced the chemical powder. Afterwards, it was all shipped off to North America and Europe, to supply the western demand. Tucked away in the the jungle, from the blinkered eyes of the state, the drug-operation continued without intervention for years. Tarapoto became the cocaine-capital of Peru; junkies everywhere, crime and violence through the roof and at one point Taropoto even became a centre for ‘Shining Path’ terrorism.

Since then everything has changed. Now Tarapoto is a calm town, probably most famed for the Rehabilitation and Research Centre, Takiwasi. People have found a cure for addiction where the poison was once produced – a cure that is considered by certain people to be a poison – Ayahuasca – a psycho-active vine that in Quechua (ancient language of the Incas)  means ‘rope to the soul’.

Takiwasi is a rehab centre that uses Ayahuasca and many other plants to treat addiction. The treatment is rooted (excuse the pun) in a combination of plants and therapy. It’s administered in a careful process by a combination of psychologists, shamans (or ‘curanderos’) and supporting staff. Psychologist Camilo Barrionuevo from Chile explained:

"The treatment is completed over a 9-12 month period, with various stages. Each stage requires three essential components: the plants, the therapy and the ergotherapy. The plants detoxify and cleanse the body physically, psychologically and spiritually. Of the plants, Ayahuasca is the ‘mother plant’ because of its psychoactive effects. It takes people into a parallel universe, one with psychedelic visions and God-like voices."

Apparently, this is the person’s subconscious. It confronts the taker with what challenges them, what they struggle with (and from experience I can vouch for this). It also introduces the person to their spirituality (I can’t vouch for this). My fleeting experience with Ayahuasca has taught me that it’s what you put in that you get out. If you want to find your spirituality, you will. If you’re a cynical city-dweller, you probably won’t.

People normally know why they use psychology and psychotherapy; it’s a tried and tested technique. However, what people don’t necessarily know is that psychology is used to enhance the plants, by decoding the psychedelic  experience . The psychologists have to decode the symbolism of each person’s visions and voices, thus bringing the subconscious into the conscious. Without this they consider the Ayahuasca to be a bit meaningless. This is indicative of Takiwasi’s approach; they have a balance of both Western and non-Western medicine.

The ergotherapy helps the patients to adapt their newfound knowledge to their existence within wider society. To learn basic skills, like building relationships and conflict resolution.

Religion can also play a part in the process. This makes sense given that Takiwasi is in Peru, in South America, where close to 90% of the population is Catholic. Padre Christian visits the centre regularly, as he explained: "to lend a spiritual ear and guide people on their journeys." (Not that he seemed particularly happy about it - apparently voluntary work doesn’t pay very well.)

The treatment begins and ends with a few weeks in isolation, in separate houses away from the camp. The two houses face opposite each other; one house is locked and barred, the other is open and inviting. The first is for the newcomers, from which they can observe their objective, and the second is used or old-timers, to witness the distance that they have come. A full circle.

Takiwasi’s success rates are exciting. A review performed in 2000 showed that 60%-70% of ex-patients stayed clean. Comparatively, typical dependency treatment centres in the UK have a much lower success rate. Obviously it’s difficult compare them with any real accuracy but it’s a compelling argument for taking alternative therapies seriously.

However, Takiwasi has its weaknesses. Firstly, there is no scientific evidence to support their claims of the psychological and physical effects of the plants. Yet the Takiwasi research team are determined to perform this research, using scientifically validated tools; it will be a mammoth task. As researcher Fenando Mendive explained: "the biggest problem is funding." (They are a non-profit organisation.) And funding for scientific research tends to come from large pharmaceutical companies, of course, these companies have little interest in people working out that plants are as effective as pills.

You can’t help but feel that Takiwasi must be doing something right, otherwise all of the Tarapoto-locals wouldn’t be so supportive of it. In the UK, most people would kick off if a rehab centre was built on their doorstep, but everyone around Takiwasi is pretty relaxed. Takiwasi appears to be a rehab centre built on mutual respect and seriousness. The staff and patients are on an even playing field, working collectively for their common goal. The strength of the relationships is palpable. In fact, they appear so relaxed it’s hard to tell the staff from the patients. Both are in plain clothes, gaunt and slightly pale, with content smiley faces. That’s what a diet of herbs and introspection does for you.