A new group show is helping to move the black female body away from the notion it is an object of brutality and fetishism, rather than an identity 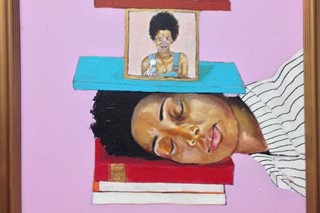 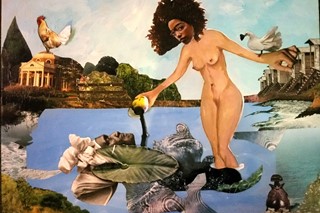 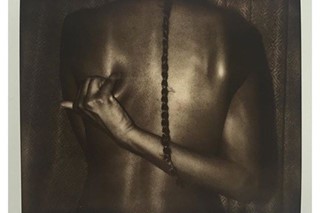 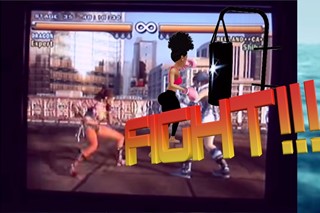 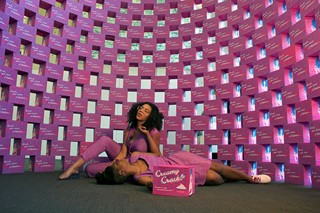 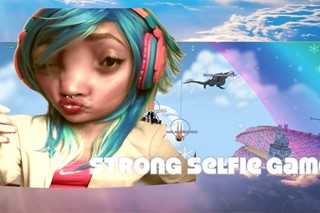 A new exhibition entitled Abandoned Margins: Policing the Black Female Body is currently taking aim at the lack of diversity in how black women are represented in US popular culture and public discourse. Tired of seeing black women portrayed as “overweight and asexual, or hypersexualized and in need of less protection but more policing for moral failures”, curator Janice Bond has invited artists like Nakeya Brown – who utilises photography to explore tradition and beauty rituals – and LaToya Hobbs – who looks to the female figure to challenge notions of identity – as a vehicle to help combat such tired stereotypes.

Described as a group show that “challenges the supremacist systems under which black female bodies are marginalized”, the show empowers the black body by rejecting it as an object of brutality and fetishism, rather than an identity. To be specific, the show’s title is a nod to scholar Kimberlé Williams Crenshaw’s 1993 edition of the piece “Mapping the Margins: Intersectionality, Identity Politics, and Violence Against Women of Color”, however, Bond says she also took inspiration from literary greats like Lorraine Hansberry, James Baldwin, Nikki Giovanni’s Love Poems, as well as conversations with friends, mentors and colleagues, who, as she says, “Deepened an understanding of what it means to not be desensitised to racially charged violence and imbalance – even when the subtleties that have made it the norm – are all over and within their words and living.” She adds: “This is where we’ve been, this is what’s happening, and this is what has to change.” Over email we spoke more about rejecting tired stereotypes, embracing “Black Girl Magic” and where we need to go from here.

Why – beyond the obvious reasons – is an exhibition like this important, especially in 2016?

Janice Bond: ‘Is it 2016 or 1916? Or perhaps 1961?’ Carolyn Christov-Bakargiev said in a dialogue with Theaster Gates some time ago, ‘Rushing someone to an answer is a form of violence’. The statement may need more context for some, but it really stuck with me. I realised that’s how people are often engaging with us as black women. Often in dialogue, you can identify where someone is grasping for a stereotype they can connect to and find comfort in, as opposed to engaging any range of one’s individuality.”

Within the past few years, there has been a concentration of the systemic injustices in America in addition to the many decades that preceded our contemporary moment that contain layers of neglect; cultural appropriation; apathy; abuse; over policing; and trauma, layered onto the black experience overall. My good friend blogger and author Luvvie Ajayi wrote as one of her blog posts, “The Stages of What Happens When There’s Injustice Against Black People”. It’s unfortunately accurate. Our stories are not being told accurately enough or often enough from the people who are experiencing them. When they are told, it is often through a lens distorted by a western, white supremacist, or patriarchal interpretation.

I visited Baltimore during the protests last year and experienced something exponentially different than what was being portrayed in the media overall (imagine that). There is a creative collective, Story Ographers in Chicago that use media to document and empower narratives from marginalised communities. Stories lead to studies, studies into stats, and stats into policies, policies into law – and the cycle begins again. We must document and bare witness to not only the truths that have done harm, hurt, shamed, and maimed, but also bring about the joy, light complexities and pride of black womanhood intergenerationally. Abandoned Margins exists because of this need.

How did you go about curating the artists included? What do they bring as a collective group?

Janice Bond: So many artists have and had something powerful to say about the subject matter, and I wanted to bring their perspectives to a central space. Abandoned Margins: Policing the Black Female Body is as close to home for some of them as a concept could be; we’re discussing the right and agency one has to live in their own body as they wish, and without the type of judgment and harm than many of us have experienced.

There were a few artists I hand selected alongside a call for submissions from Woman Made Gallery that I juried. As a curator and artist, I’ve learned to look at art in a number of different ways, but ultimately trust my instincts. These pieces all spoke to me in a number of different ways – some evoked more visceral reactions, so made me upset, some made me laugh, some made me smile, but they all made me think. I also intentionally selected various mediums from video to animation, textile, photography, even a modular installation. As a collective body of work, the artists require your interactivity, engagement, and reflection. The artists of Abandoned Margins are a multifaceted, multidimensional palette of women. They bring the voice. They bring the light. They Bring the truth.

“We are not fireflies; you cannot place us in jars and bring us out in the open to light your dark when desired” – Janice Bond

What do you think is needed in order to dismantle these tired stereotypes of black women and their bodies? Have we even begun the fight to reverse these damaging portrayals?

Janice Bond: The stereotypes are tired. Hella tired. They are lame. Unfortunately, there are many people who would rather live a tired lame life than allow some “Black Girl Magic” in their lives, without thinking it will take something away from them, or attempting to own it.

The “fight” has been going on for some time, it just changes form. At times, the fight is on television or in film, it’s Ava (Duvernay, director of Selma). It’s Lisa Bonet (actress and mother of Zoë Kravitz) and her uncompromising beauty through liberation that has carried over into her daughter. It’s Queen Latifah. It’s the fixed income “Aunties” still donating to college funds.The fight is in a blog, or at a protest. From the rape and courage of 16-year-old Jada and the mockery from her attacker’s internet trolls. Sometimes it’s compassion and awareness in the classroom (learn well, South Carolina). Or the right to wear natural hairstyles in professional settings. Or someone finding out, not asking me, if I’m a single parent, when they find out I have children is more than okay, it’s what they should do as in any social courtesy extended to others (sometimes they find out the hard way). Sometimes it's the Alek Wek wig snatch on the runway, sometimes it’s greats like Dr. Angela Davis and Nikki Giovanni sharing their words and energy for decades. Sometimes it’s Tracee Ellis Ross and her seriousness, beauty, and humor. It’s Willow Smith, It’s Amandala, It’s my daughters.

There is the opportunity to shape and re-shape vision. To utilise dollars, time and space for force and place conversations where they need to be had and movements and support – especially fiscal – where they need be. I believe dialogues are necessary, I also know that in addition to the spaces and places of open and closed doors where people gather, the action is most important. From the frontlines of a protest, to the lyrics in Maimouna Youssef’s “Already Royals”, to the growing trend of appointing black women in leadership roles in the arts community and using their platform to engage more people in the nuances in African-American culture.

To be clear, I also believe that there is a necessity for us to communicate with each other within our own communities, however as a black woman I don’t feel required to be a representative to the general public and would be violators of my space, humanity, and rights regarding why people need to get their humanity in order. I’m not going to tell you that I’m a human being who deserves love, respect, and care from my fellow man or woman. If you can’t see that, it’s not me that has the problem. Yet still, someone else’s humanity deficit can, in fact, and has, historically affected the mortality account and perceived value of black women. See Sandra Bland, See Renisha McBride, See (insert Black woman here).

We are not fireflies; you cannot place us in jars and bring us out in the open to light your dark when desired. It is not a requirement or necessary for you to understand us completely or agree with our life choices to respect us. We are rocks – solid and pillow soft – valleys; mountains; mothers and not; single; married; oxygen; oceans; straight; queer; undecided; loving; hugging; praying; nurturing; twerking; laughing; makers; and works of art, and in progress simultaneously. Zora Neale Hurston said, “If you are silent about your pain, they’ll kill you and say you enjoyed it”. Let’s continue to face this gap in human interaction and consciousness head on, address it, and do the work to fill it with things that serve us all – starting with the truth.

Abandoned Margins Policing the Black Female Body is on show now at Chicago’s Woman Made Gallery until 25 February, 2016