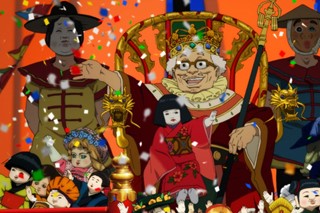 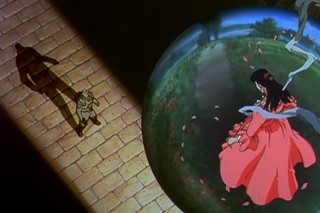 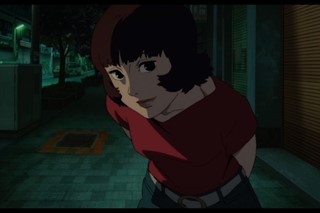 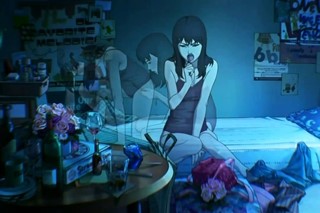 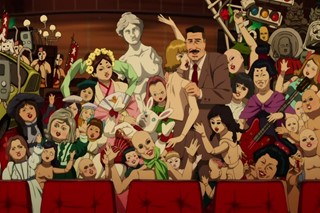 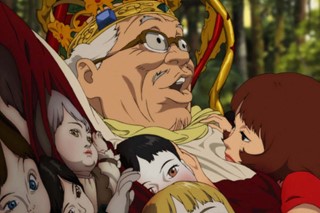 Five years ago, cinema lost one of its most sublime visual talents. Satoshi Kon, just 46 when he passed away from pancreatic cancer in 2010, was a true original whose films probed at the edges of reality and delineated with frightening accuracy the impact of a technological society on the human psyche. Without his work, Neo might never have taken the red pill, and the post-Matrix rash of Hollywood films dealing with subjective reality – Fight Club, Inception, Requiem for a Dream – might never have tumbled down the rabbit-hole and on to our screens. So why aren’t we seeing more tributes to his art?

The answer lies in part with the fact that Kon – a one-time apprentice of Akira director Katsuhiro Otomo – was an animator whose markedly grown-up themes were not readily appreciated by western audiences conditioned to think of animation as family-oriented fare. But it was animation, with its limitless possibilities for visual innovation, that allowed Kon’s genius as an editor to shine. “(Kon’s films were) about how modern people cope with leading multiple lives – private and public, onscreen and offscreen, waking and dreaming,” says Tony Zhou in Editing Space and Time, a short documentary about Kon’s bravura editing style, which fed directly into his themes about our increasingly atomised existence in the media age. “In animation, only what is intended to be communicated is there,” said Kon, explaining his preference for the form over live-action films. “If I had a chance to edit live-action, it would be too fast for audiences to follow.”

None of Kon’s endeavours were big box-office either at home in Japan or abroad, though his relatively slim oeuvre – four films, one 13-part TV show – won him a fervent cult following during his lifetime. Among fans of his debut, 1997’s Perfect Blue, was Pi director Darren Aronofsky, who purchased the rights to the movie – a chilling, mind-bogglingly meta blend of Hitchcock and Argento for the post-internet generation – with a view to authoring a live-action remake. That project never got off the ground, but Aronofsky did lift a bathtub scene from Kon’s movie wholesale for his next film, Requiem for a Dream (2000).

It was, however, a project Aronofsky went on to direct almost a decade later that bore closest resemblance to Perfect Blue. Depending on which corners of the internet you happen to frequent, Black Swan is either a brilliant extrapolation of the themes explored in Perfect Blue, or a brazen bit of theft. For those who haven’t seen it, Perfect Blue is the story of a squeaky-clean girl-group singer-turned-actress whose career in the spotlight starts to loosen her grip on reality, putting her on a collision course with an evil doppelganger. Swap ‘singer-turned-actress’ for ‘ballet dancer’, and the similarities to Aronofsky’s film are already apparent. Aronofsky, who wrote a tribute to Kon in a new book this month, denied being influenced by the film at Philly Film Fest in 2010: “There are similarities between the films, but it wasn’t influenced by it. It really came out of Swan Lake the ballet, we wanted to dramatise the ballet, that’s why it’s kind of up here and down there, because ballet is big and small in lots of ways.”

Kon’s questioning of the assumptions underlying what we call ‘reality’ in Perfect Blue foreshadows the high-concept sci-fi of The Matrix, too. Whether the Wachowskis had seen Kon’s movie before scripting their movie is a moot point, but certainly, the siblings are self-confessed manga nuts, and the film’s ideas about the self and how it constructs the world around us resonate deeply with Perfect Blue’s postmodern take on being and uncertainty. (Interestingly, Kon’s Millennium Actress (2001) beat both the Wachowskis and Aronofsky to the punch in its era-hopping tale of love across the ages.) Perfect Blue’s vision of a dynamic, ever-shifting reality chimes in with another theme in the film: the internet’s erosion of personal privacy, a topic Kon would later return to with Paprika (2006). A surreal cyber-thriller concerning the theft of a contraption allowing the user to view people’s dreams, the film’s premise finds a striking echo in Christopher Nolan’s Inception (2010), a fact which, once again, has not eluded eagle-eyed anime buffs.

But where Nolan brings his signature steely precision to Inception, Paprika cuts loose with the material in ways Nolan could (literally) never dream of – the title credits are a tour de force of visual imagination, while the opening dream sequence comfortably out-weirds Inception’s topsy-turvy hallway fight scene.

And yet, despite the surfeit of visual style, there are serious themes at work here. Nothing in Kon’s work is inserted at random, no matter how outlandish. Take the parade sequence in Paprika, for instance, whose freakish convoy of samurais, creepy dolls and walking refrigerators might seem meaningless to the untrained western eye. “That quivering identity seems very ordinary in Japan, which does not have an absolute religion like Christianity, but multiple nature gods and goddesses,” Kon told the LA Times in 2006. “(For instance), I’m sitting in LA, answering your questions, but in my mind, I may be remembering work left in Tokyo and wondering what’s going to be for lunch today. Other people cannot experience that.”

“Don’t you think dreams and the internet are similar?” says Dr Atsuko Chiba, alter-ego of Paprika’s titular heroine, at one point in the film. “They’re both areas where the repressed conscious mind vents.” Given today’s climate of social media outrage and online extremism, that sounds spookily accurate, especially for a film made pre-Facebook and Twitter. Indeed, part of Kon’s brilliance is that, as well as being a brilliant stylist, he was a rigorous thinker who allied his images to a cogent set of themes. Consider this quote from an interview given in 2006 to the Washington Post in light of recent revelations about the NSA and government snooping on our online activities: “In the United States as well as in Japan, data from computers is being stolen very frequently,” he said. “And there’s a rewriting of our own minds, in a sense, because we’re shown images repeatedly and told about new products, how something is superior to what had existed previously. That impressing upon the mind certain images and thereby influencing people that way – that’s the terrorism I was thinking of in Paprika.”

The film drew a standing ovation after its premiere at Venice Film Festival, a critical triumph to match earlier acclaim for the likes of Perfect Blue, Millennium Actress and his other feature-length animation, the less overtly trippy Tokyo Godfathers. (His TV show, Paranoia Agent, is described promisingly by Kon biographer Andrew Osmond as recalling Twin Peaks and The X-Files). All the same, there’s a sense that Kon, a talent to rank with peers such as Aronofsky and Nolan as well as influences like Terry Gilliam and David Lynch, has not yet received his due as a director.

Before his death, Kon wrote a long, moving letter about the progression of his illness, and his fears that his final film, a children’s feature, would never make it to the screen. The project – which may yet see light of day – was called Dreaming Machine. As a title, it feels like an apt summation of the man’s talents.