In one of Hoffman's last films, he played a character that was ‘in some ways quite close to the person he was at the time’

Hamburg was where in 1983 photographer Anton Corbijn shot his first-ever music video at the request of German new wave band Palais Schaumburg. Three decades later and having successfully transitioned into feature filmmaking with Ian Curtis biopic Control, he's been back to the port city shooting A Most Wanted Man, a stylishly chilly and meticulous spy thriller that sees Philip Seymour Hoffman in his final lead role as the hard-drinking, conflicted head of an anti-terror team, which hits UK screens today. When we caught up with the Dutch director in London, we talked working with Hoffman and helping Robert Pattison break typecasting in his next project Life, the relationship between Hollywood icon James Dean and photographer Dennis Stock.

Hunter S. Thompson’s daily routine of drugs and booze
A Most Wanted Man10 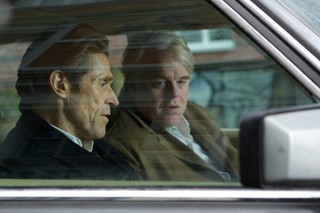 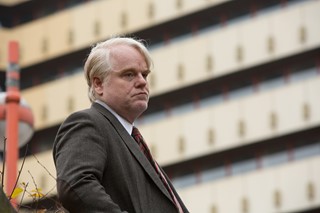 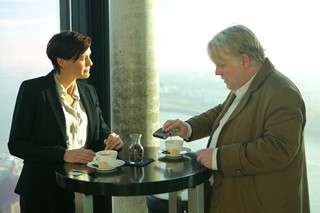 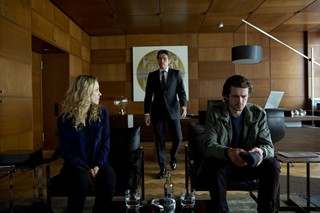 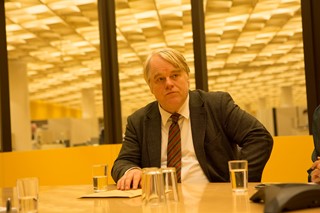 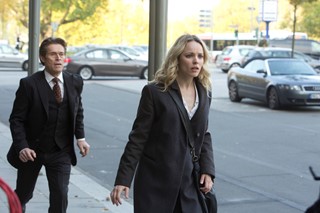 Philip Seymour Hoffman is great and complex as always playing Bachmann. Tell us about the process of bringing this character to life.

Anton Corbijn: I wanted to have a guy who was intelligent and basically has a good heart but is also a little rough emotionally on himself, doesn't really take care of himself and does everything to do a job. He's not blind to how the world operates. Philip could give him such depth. It's a different role to what he's had before. He's put on screen all kinds of very eccentric and specific characters, like The Master or Capote, whereas this was a more normal person, which was a beautiful challenge.

It was one of Philip's last roles. Has that changed how you feel about the film?

Anton Corbijn: Yes, the film has a different weight to it, unfortunately. I think the person he portrays is in some ways quite close to the person he was at the time. I don't think he was taking very good care of himself, and that's there in the character. I know he was very happy with the film, and the plan was we would continue working together. I saw the film twice since he passed away, and I find it very difficult. I was watching the film with Phil at some point early on in the process. I looked at him, looked at the screen and thought, 'This is not the same person.' It's just impossible. He became that person, 110%; it's really odd to realise that it's an actor.

“I think the person he portrays is in some ways quite close to the person he was at the time. I don't think he was taking very good care of himself, and that's there in the character” – Anton Corbijn

In your films you've portrayed talented men who burn out young – Ian Curtis in Control, and now James Dean and photographer Dennis Stock. Are you interested in the myth-making process that happens around these guys?

Anton Corbijn: If anything, it's unmasking because I always bring it down to very normal life. In photography I can imagine that people think I make images iconic, but with films I don't think that's the case. The film with James Dean is actually about the photographer. He's the lead role, they just share screen time. I had a similar experience when I was young in Holland. I became the photographer of somebody who became the biggest rock star we ever had there (Herman Brood), so it was interesting to see how that balance works when I thought I was helping him and he probably thought he was helping me. It's the same with this story.

What do you think it is that makes a photograph iconic?

Anton Corbijn: I'm not sure I really understand it. I think it's hard to ignore what happens to a person in real life in the way you look at a photograph, because there's all this added information you take into account, and there's no way of knowing that when you take the photograph. When I came to England for Joy Division I photographed them over two weeks, and took a picture with the album title Unknown Pleasures in my mind, as they walk away and one of them looks to me. Everyone here found it a ridiculous picture, no magazine wanted to publish it, of course until he died and it became the cover of NME as if I were a visionary. I didn't understand the lyrics properly, I spoke very bad English. I sensed something but I didn't realise his mental state. The picture took on a totally different meaning and was elevated to something it maybe wasn't in a way.

Was it difficult to step from photography into film?

Anton Corbijn: It was far more difficult than it looks on paper. I guess it depends on what kind of photographer you are. There are people who use six assistants and lots of lights, which I think makes the transition a bit easier, but I'm very much a one-man operator and I work intuitively, so to go from that to a film where everything has to be scripted and done with 150 people and it's a year of your life is a very different way of telling a story. I gradually grew into it because I did start doing music videos and all that, but still. I do photography now as a sort of zen exercis. It's so nice to go out with your camera on your own, to balance it a bit out. Photography is a beautiful art form. It's undervalued and overused.

Was it an easy process casting Robert Pattinson and Dane DeHaan in your upcoming film Life?

Anton Corbijn: Dane didn't want to take a meeting with me initially, as he couldn't see himself in James Dean's shoes. But he was persuaded by a mutual friend, and said yes in the end. He's fabulous, a very good actor. Rob was interested in the film because he really wants to prove himself and for me that was great for that role. If you look at the roles he's taking on – like the ones with Cronenberg – he really wants to do very different, non-mainstream films and get out of that pigeonhole.

A Most Wanted Man is in cinemas today