Touching base with Scottish artist, Robert Montgomery, showcased by Bulletin and Pringle in their travel issue 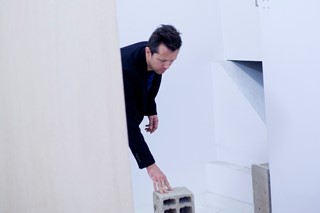 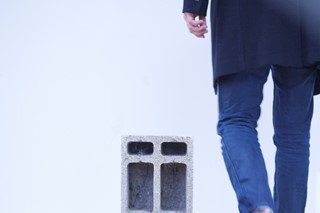 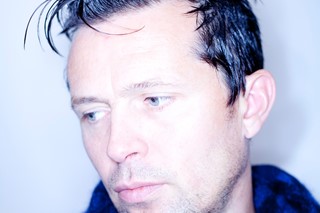 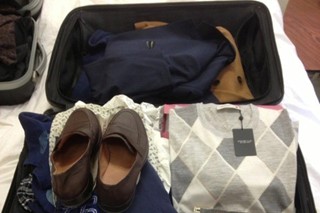 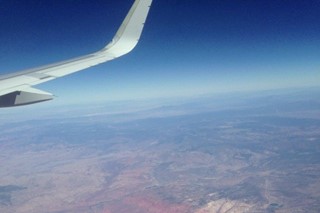 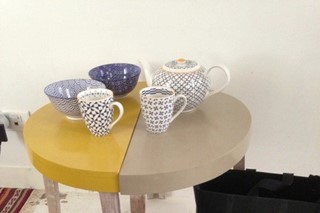 No one does knitwear quite like Scottish stalwarts, Pringle, so we're celebrating the re-launched, re-vamped version of their longstanding magazine, Bulletin as it takes the leap online from its humble beginnings as a print magazine in the '50s.  In light of their recent collaboration with Dazed, we're touching base with Scottish artist, Robert Montgomery. It's hard to miss his work, with giant text art in the form of haunting banners spelling out hidden messages like “THE PEOPLE YOU LOVE BECOME GHOSTS INSIDE OF YOU AND LIKE THIS YOU KEEP THEM ALIVE”, “ALL PALACES ARE TEMPORARY PALACES” and “TO WAKE UP AND BE LIKE THE WEATHER TO BE NO LONGER THE BROKEN HEARTED SERVANTS OF MAD KINGS”. His cryptic slogans have been exhibited everywhere from C24 in New York and Paris’s Jardin des Tuilieres to the first Biennale in India and the streets of East London. Sometimes written in neon, sometimes in flames and other times, under the cover of night, pasted over public billboards, Montgomery’s lyrical verses are part-ballad, part-primal scream – “or teenage bedroom poetry masquerading as conceptual art,” laughs the self-deprecating 42-year-old. We caught up with the Scottish-born wordsmith to consider the magic of flying, life in exile and the exact whereabouts of his happy place.

Dazed Digital: What are your plans for the day?

Robert Montgomery: I'm in my Paris studio today, in the Marais. I want to put a decent part of the day aside to just sit and listen to the summer rain – it’s August and Paris is nice and quiet, almost deserted.

What are you working on at the moment?

Robert Montgomery: I'm working on drawings today for a show in October at the Office gallery in Nicosia, Cyprus. The gallery is owned by Tassos Gkekas and it’s 10 metres from the no man's land separating Greek and Turkish Cyprus. So I'm thinking a lot about the idea of land that is no country, they call it the ‘United Nations buffer zone’ or the ‘demilitarised zone’. I like that idea – a strip of land that is no country at all.

What do words say that images can't?

Robert Montgomery: I think words are less open to misinterpretation. If I go back to the beginning, just after my MFA in the late 90s when I was on the core program at the Museum of Fine Arts in Houston, I used to make sort of pathetic looking Richard Tuttle-esque minimalist sculptures with really long poetic titles. I think I always secretly liked the titles more than the objects and the titles somehow took over and I started working with words. I think that's how it happened.

What effect do you want your work to have on people?

Robert Montgomery: My favourite phrase is the purpose of art is to touch the hearts of strangers without all the trouble of having to meet them. I think that's a pretty good summary of the dialogue between the artist and the viewer: to touch the hearts of strangers. That's how I like to say it. What does Damien Hirst say? “I want to spend the rest of my life everywhere, with everyone, one to one, always, forever, now”. What does Neil Young say? “I need a crowd of people, but I just can't see them day to day”. Three ways of saying pretty much the same thing.

Where is your next destination?

Robert Montgomery: I'm going to Brussels to do a site visit for an installation of my light sculptures in the Place des Martyrs, for Nuit Blanche Brussels which happens in October, then I'm going to go to Jean-Charles de Castelbajac's chateau at Loubersan, where we're planning to do a memorial piece for our mutual friend Malcolm McLaren – I'm sure that'll be half-recce, half-holiday. Jean-Charles is a good friend and has been a good mentor to me in lots of ways, someone to look up to.

Where are you happiest?

Robert Montgomery: Lying next to the person I love, falling asleep, knowing they'll be there when I wake up. Isn't that place the same place for everyone, really?

Can you work anywhere?

Robert Montgomery: Yes, I totally work on planes, trains and in taxis – I'm one of those people. I often write on my iPhone on the plane or in a cab on the way home from dinner, you get good stuff in late night taxis and then refine those fleeting thoughts in the studio the next day. There's something quite conducive to poetry in the new mobile communication tools we use, and I’m sure the internet, our ‘type of speech’ on the internet as Roland Barthes would say, is having an invisible effect on poetry. I think we should try to write poetry with the kind of language we use on Facebook, it would be really interesting for our generation.

Where is your favourite place to travel to in the world?

Robert Montgomery: Isn't it the journey that’s the destination? I like going back to familiar places like London, New York, Berlin, Paris. Cities you pass through often, where layers of personal memory build up. Places you are somehow neither a tourist in or a resident. I like that almost homeless, almost suspended state, not quite one thing or another.

How does travel inspire your work?

Robert Montgomery: I think it’s nice to remember things like airplanes are kind of magical – if you showed an airplane to someone from 1790 they would think you were a wizard, and I think it’s important to remember that not long ago the idea of humans being in the sky – the ‘space of angels’ in our myth traditions – would have seemed like impossible magic, supernatural in the most reduced sense of the word. And you have to try to retain that child-like sense of magic about things. I hate it that my generation has become bored of flying: we complain about the legroom or the food… You're a human being flying in the sky without dying, chasing the sunset all the way from London to New York and you're complaining about the chicken? Shut the fuck up! You're a mammal eating a dead bird up in the clouds, show some fucking humility.

Where do you call home…London, Paris or Scotland?

Robert Montgomery: All three at the moment in different ways. Right now I've got my main studio in London and a studio my gallerist arranged for me in Paris, so I'm working in both cities and that's a really lucky thing to be able to do. London is hectic and Paris is relatively calm and gentle by comparison. I feel like Scotland is where I come from and London is where I became a person, and Paris is maybe the city of my imagination right now or something. And there's a tradition of Celtic exile in Paris, isn’t there? Beckett and all that, and one of my favourite Scottish writers Alexander Trocchi, who lived here. I’ve been re-reading a bit of Trocchi this week…There’s something nice about being exiled in Paris, it’s like being exiled in a really seriously beautiful big sculpture.

How does Scotland define you as a person and an artist?

Robert Montgomery: My dad's sick right now so I've being going to Scotland a lot this year, and thinking about growing up there, those childhood memories. And thinking quite a lot about the idea of Scottishness, or the parts I identify with. I definitely identify with a certain kind of wistful Celtic Romanticism. I grew up two miles from Robert Burns’s house and I realise that particularly Scottish sense of poetry you get in Burns – halfway between poetry and ballad writing, or in Burns’s case often a reforming of ballads – I realise that the older I get, I maybe identify more than I thought with Burns’s ideas. We're from the same small unpretentious town in Ayrshire after all, and from not so different backgrounds: his grandparents were farmers, my grandparents were coal miners. My grandmother spoke the exact Lowland Scots dialect that Burns wrote in actually. ‘Laland Scots’ she called it. And I do identify with the Scottish artists of the generation just before me, like Douglas Gordon and Ross Sinclair, both of whom I really looked up to when I was in art school. Douglas Gordon just agreed to write a text for the book I'm doing with the German art publishers Distanz and that's a really nice thing for me.

Why did you leave Scotland?

Robert Montgomery: I'm not sure…I went to Edinburgh University and Edinburgh College of Art so I stayed in Scotland for my education. I don't know if I ever really consciously decided to leave, I just went to America ‘for a bit’ and then I went to London ‘for a bit’, but I guess that was pretty much 20 years ago, so I must have enjoyed the journey. But then I think you never quite leave home in your head, do you? And Scotland is a really strong place; I think part of me is always sitting on my parents’ balcony in Ayshire, watching the sunset over Arran and the Mull of Kintyre behind it.

What are your five travel essentials?

Robert Montgomery: Comfy shoes, a Kindle, a soft jumper to use as a pillow, today's copy of The Independent – if you can get it – and your lover to pick you up at the airport when you arrive.