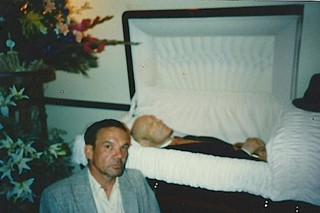 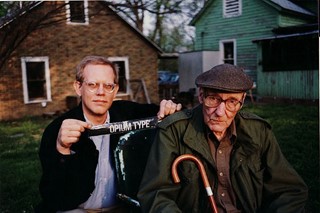 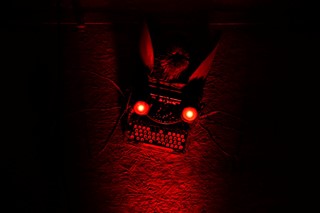 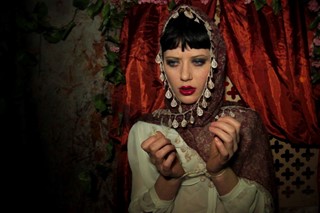 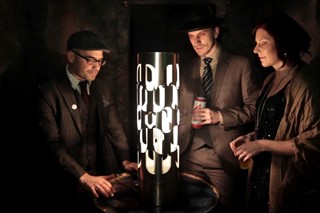 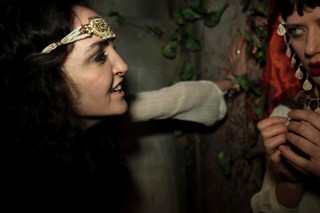 Last week, fans around the world of occult guru, literary genius and all-round creative rebel William S Burroughs celebrated his centenary. But for one man in particular, it provided the opportunity – or excuse – to throw his hero the birthday party to end all birthday parties. Curator James Elphick put together a multimedia extravaganza that brought Burroughs’ work to life, mixing art installations, promenade theatre and films into one immersive experience. Set in Burroughs’ seedy stateless city of Interzone, inspired by his time spent in Tangier, the party had one rule: anything that can be dreamed can happen if you can find the right collaborators.

The party planning began with the creation of Burroughs100.com, which brought stories about Burroughs by his friends and colleagues together with rare unseen material and details of the varied international events celebrating the 100th birthday of this great outlaw writer. Here, Elphick gives his tips on how to plan a party for an American legend.

Let it be a labour of love

"When I was 20, I packed my bags and left London to go travelling, taking with me one book to start the journey: Naked Lunch by William S. Burroughs. Little did I know of the nightmarish world I was about to open up. At times it’s downright terrifying and at others triumphantly bizarre. But I loved it.

Burroughs changed the way I view the world. He showed a deeply profane and weird world in a darkly comic light. The man means a lot to me. When I decided to do the party, I knew there would be no sponsorship involved. All I had was the blessing of the Burroughs estate. But it had to be done. It’s something I had so much passion to do. The most important thing to me was allowing people to experience Burroughs’ work in a different way.

Put yourself in his shoes

"For planning inspiration, I travelled to Lawrence, Kansas, where Burroughs spent his last 17 years. I got a rare chance to meet the literary executor of the Burroughs estate, writer James Grauerholz, who gave me deeper insights into the Burroughs world. I also got the opportunity to go to Burroughs' house and have dinner there with Tom King, resident and caretaker of the property. While I was there it was getting late so he said, 'Do you want to stay over?' Naturally, I said yes. And then he said, 'You could sleep in his room…' And so I did.

There were no ghostly experiences, but waking up and wandering around the grounds really put me in his world. I got to wander around the back garden – I think there’s an acre or two there – and he has a little cemetery for his cats and there was also an old car of his at the back. Apparently he was a terrible driver. In the 80s, his loved ones staged an intervention for him to stop him driving. They wheeled his car into the garden and threw away his keys and it became home to a family of raccoons instead."

"We went out in the countryside and got canvases and shotguns and revolvers. I’d never fired a gun before in my life so I was nervous. But it was fun"

Get some help from old friends

It was important to me to meet Burroughs’ old companions, a lot of whom dropped by while I was out in Lawrence. They were a big positive influence on his life. I met Wayne Propst (who collaborated with him artistically). I met his barber, still down the road, cutting hair. People from that place are still there from when he was alive, doing the same thing. It’s a sleepy old town.

Some of them took me to make shotgun art – one of Burroughs’ favourite pastimes. We went out in the countryside and got canvases and shotguns and revolvers. I’d never fired a gun before in my life so I was nervous. But it was fun. You get a spray can, shoot at it and all the little pellets go out and splatter all over the canvas. I didn’t take the canvas with me but hopefully those guys will send it over to me at some point. It was inspiration for me to see what a positive environment he was creating in. He was still on drugs, drinking a lot – but that was Burroughs.

Take inspiration from the material

I knew I wanted the party to be in Burroughs’ Interzone, aka Tangier, Morocco. This was where he lived for a time in the 1950s after a tragic accident in Mexico led to the death of his wife, where his consumption of heroin and experimentation of narcotics reached dizzying heights, and where he wrote the acclaimed novel Naked Lunch. For Burroughs, Interzone was a city in which  law was suspended, sex, drugs and murder were the most basic of commodities, and the basest desires had become completely banal.

I used the texts to get the full sense of that, as well as watching David Cronenberg's inspired film adaptation of Naked Lunch. Everything at the party was influenced in some way by his writing. For instance, one secret of the party was the yagé experience, which was inspired by the time Burroughs spent in Peru. Here the guests can be taken into a rainforest setting by these naked tribespeople.

Don’t stop until you find the perfect venue

I love a strange venue and for Interzone, it had to be the strangest of them all. I’ve got a habit of seeking out spaces for strange and wonderful events. I’ve done an art exhibition in the old abattoir – I don’t think it exists anymore. It was a 20,000 sq ft basement abattoir that used to be a prison. I love finding these unusual spaces, so when I visited the bunker it just clicked and I knew it would be perfect, even though it was just an empty, stark space. We had to bring in all the infrastructure, the security, the lighting, sound, heating. It’s in the middle of nowhere as well so we had to figure out how people were going to get to the venue. But I didn’t care, the party had to be there.

"I wanted to make the party accessible to everyone too, not alienate people with one period or genre. So I had the dance area"

Call on old characters to get involved

The characters wandering around were all inspired by different Burroughs characters. The character that I knew absolutely must be there was Dr Benway. He’s a re-occurring figure in Burroughs' work. There is no focal point to him but he pops up here and there. He’s one of the most fascinating characters so I knew I had to let people literally meet him.

I briefed the actors as it was very important they completely understood the worlds he created. Burroughs researched heavily for each of his works – he was an exceedingly thorough artist. So for the event, the same dedication would have to be given to do him justice. I recommended them reading material and movies to watch. They all had to watch the Cronenberg’s adaptation.

"Over the past 50 years the Dreamachine has been used by Burroughs, Kurt Cobain, David Bowie, Allen Ginsberg, Iggy Pop, Marianne Faithfull, Kenneth Anger, Genesis Breyer P-Orridge and countless other artists and hipsters"

Make it a spiritual event

Some guests could go and to be an agent and go on a mission, others could be there to have a spiritual experience. I like events that can be a positive experience for people. Although Interzone was a nightmarish vision, there can be some transcendence above all of that. The Dreamachine that we installed was an integral part of this. They’re the first artwork intended to be viewed with the eyes closed. The stroboscopic flicker light emits Alpha waves, which cause changes in the brain to produce sensory changes, swirling colour patterns and intense dreams. Over the past 50 years it has been used by Burroughs, Kurt Cobain, David Bowie, Allen Ginsberg, Iggy Pop, Marianne Faithfull, Kenneth Anger, Genesis Breyer P-Orridge and countless other artists and hipsters.

Have a mission statement

I threw this party to introduce his work to a new generation. He prophesized on events happening now. He spoke about the CIA spying on people and hunting them down. He’d see this happening and write it into his books. People are shocked about the recent NSA revelations but it’s exactly what he was speaking about. He wrote about gay rights. Currently the news is littered with stories about Russia and the oppression of the gay rights, and Burroughs said there should be a gay state for lesbians to run around and do what they pleased. I wanted to introduce Burroughs' work to a new generation growing up into this, as it's all still so relevant. The birthday party introduced people in a different, immersive way.

Make sure you plan an afterparty

The party is not the end for Burroughs’ celebrations. We’re working on a brand new art exhibition of his visual art for the summer. That’s a whole different ball game. We’re hoping to hold it in east London – it seems a fitting place to base it because a lot of his work was based around spray can art.

When I went over there I managed to look through his gun collection and his knife collection. He had this huge silver revolver given to him by Hunter S Thompson and a really weird knife that Kurt Cobain gave him. It’s like a fantasy knife. He had these ghosts with him the whole time so this work is very evocative and powerful. We’ve started curating this, we’ve got some very interesting, curious pieces.

Every piece in this exhibition is beautiful; whether it be shotgun art or line drawings of cowboys or a gangster. They’re all unique and special. It’s exciting to think we’ll be bringing it all to London and carrying on the celebrations."