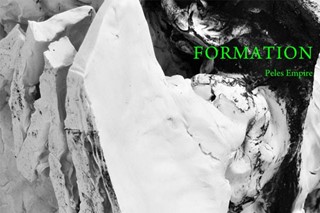 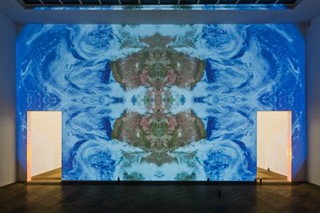 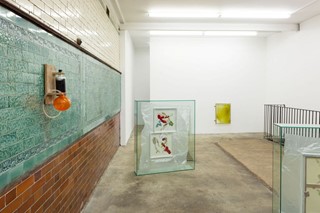 OPENING OF THE WEEK: FORMATION at Cell Project Space

If the idea of a nineteenth-century Romanian castle situated at the foot of the Carpathian Mountains stirs your interest, it will be worth going along to the opening of artist duo Peles Empire's exhibition at Cell Project Space. Photographic documentation of the castle's dramatic interior and antiquated objects within it become the basis for rock-like 3D formations, which are in turn re-imagined as 2D renderings in a complex, multilayered process of translation between print and ceramics. The opening night is on Thursday 31 January and the exhibition runs until 17 March.

ARTIST OF THE WEEK: Pamela Rosenkranz

Swiss-born Pamela Rosenkranz, whose skin-tinglingly sublime work has been exhibited worldwide, is soon to be re-emerging in Cherry Picking, a group exhibition at Karma International at the end of the month. Her sculptural pieces exist in a web of conceptual connections between body and mind, transcendence and substance, myth and consumerism. If you happen to be in Zürich, this show is not to be missed!

EXHIBITION OF THE WEEK: The Glass Show at Jonathan Viner

With an exciting line-up of artists including Nicolas Deshayes and Oscar Tuazon, the current exhibition at Jonathan Viner takes glass as its material and conceptual starting point. The show reveals five artists' explorations into glass, varying from Elias Hansen's bottles reminiscent of Victorian apothecaries to Dan Rees' canvases suspended in glass vitrines; from Tuazon's broken household paraphernalia reconstructed in a block of resin to Deshayes' Icarus-inspired stained glass; all concluded by Slow Glass, a video by John Smith. The exhibition runs until 16 February.

ART BOOK OF THE WEEK: 57Cell

57Cell is no ordinary book. Treated as an alternative space, collaborative 'exhibitions' take place on its pages in the form of 3D modelled environments, featuring misty marshlands and a remote island shaded by palm trees. Exclusively in print format, the exhibition is not available online and hence can only be seen by turning the pages of the book itself, making it all the more irresistible to the curious-minded. The project is directed and curated by Gregory Kalliche.

Caspar David Friedrich's Wanderer Above the Sea of Fog, with its windswept figure embracing the elements on a craggy rock, epitomises the era of Romantic painting. Two hundred years after its creation, the recognisable back of this lone traveller appears in artist Nicholas O'Brien's The Wanderer, a mountain-landscape video game that draws timely parallels between Romanticism and contemporary digital art. Friedrich's singular work is also the subject of a free talk to be held at the National Gallery on Thursday 31 January: Caspar David Friedrich and the Tragedy of the Landscape.

Your guide to a safe acid trip
Arts+CultureDazed & ApprovedHung & Drawn