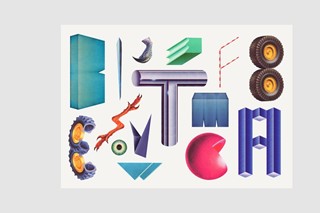 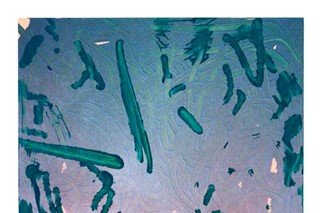 It's been going for years but this week Panther Club just got even better, with the launch of its brand new website. Collaborative label, publishing imprint and curator of exhibitions such as 'New Age' in Berlin last month, with an embedded Tumblr providing regular updates on obscure and exciting artwork from around the world, nothing seems beyond the limit of P/C founder and editor, artist Michael Willis.

EXHIBITION OF THE WEEK: Sachin Kaeley at Seventeen

New work by Royal College of Art graduate Sachin Kaeley will be on display in his first solo exhibition at East London gallery, Seventeen, from its opening night on 10 January. Kaeley's intriguing abstract paintings will also be featuring in two group exhibitions this month: 'Form A Great Height' at 4 Windmill Street, London and 'Beyond The Object' at Brand New Gallery, Milan, so 2013 already looks set to be a busy year for the emerging artist. The exhibition at Seventeen Gallery runs until 16 February.

ARTIST OF THE WEEK:  Steffen Bunte

Rocks and minerals abound in the explorations of young German artist Steffen Bunte, whether in their raw state or in the form of a Nokia 1280 suspended from a wall. His recent solo show entitled 'Proving Things' at Galerie Jeanroch Dard, Paris, unfolded a visual language of empty water bottles and geological studies, Afrin Nosespray and immaculate, marble-covered steel trolleys. A sense of the pseudo-science experiment is hinted at further in Site I (A/B) and Mars Science Project, which are among the works presented on his homepage as an enticing series of GIF panels that magnify, distort and fade the artworks in continual, hypnotic loops.

Your guide to a safe acid trip
Steffen Bunte3 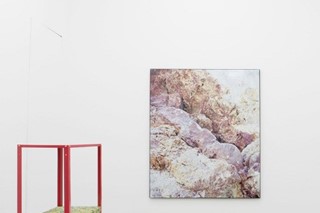 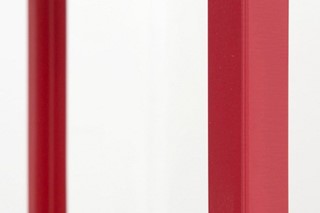 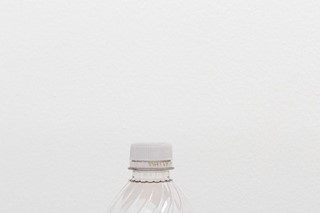 Months have passed since the announcement of the Manet exhibition at the Royal Academy of Arts, London and now one of the only reasons to be enthusiastic about January is finally dawning upon us. Bookings are currently being taken for the opening later this month, when you can feast your eyes on Manet's mesmerising visual poetics in what promises to be a comprehensive retrospective of portraiture works by the formidable father of modern art.

ART PUBLICATION OF THE WEEK: Spectrum Test by Panayiotis Terzis

New York-based artist Panayiotis Terzis features his latest series of paintings in a new publication, 'Spectrum Test', available from Bronze Age Editions. Dense in prismatic imagery, no white space escapes the brush in Terzis's work as abstract and figurative forms merge in his watercolour world of sphinxes and soft geometry.