The daydreaming artist on reinventing memories... 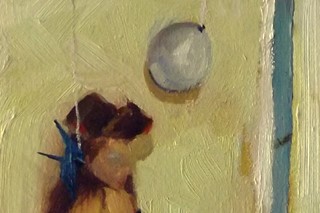 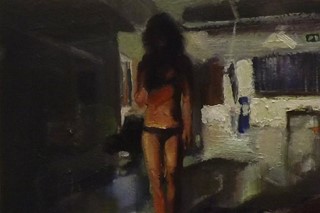 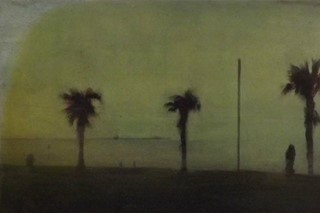 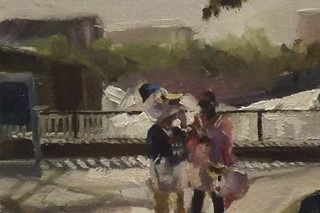 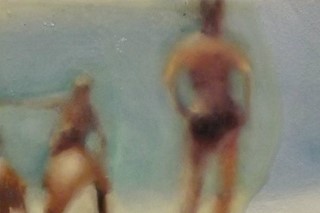 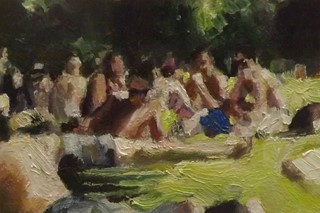 Dazed Digital talks to east-London based artist Chris Moon, hailed as the one to watch in emerging London contemporary art, ahead of his second solo show at LONDONEWCASTLE Project Space in Shoreditch. Curated by ex-Dazed staffer John Paul Pryor, the self-confessed daydreamer walks us through reinventing memories, and the self...

Great paintings tell a story so I began to gather photos, some at random and some composed from the hoard of images I have accumulated, as if to open your box of memories and pluck a handful

Dazed Digital Can you tell me about the concept behind Reverie?
Chris Moon: The concept started as a simple one. I wanted to make an honest celebration of paint coupled with who I am as a painter. All my life I have been a daydreamer, so this was the core for me. Great paintings tell a story so I began to gather photos, some at random and some composed from the hoard of images I have accumulated, as if to open your box of memories and pluck a handful.

I have always felt a shyness to working from a digital image but here lies the path to the reverie, the first step is to recreate the image in paint and through the process of conversion own that image, the marks, colour or memory. I then transfer to the next step, which is to tell the story of the image. From this I then move to the painted daydream fueled by both steps of the process to tell a new story with the paint laid down. It’s not the reality of the image I’m interested in - it’s the painted reverie of it. It becomes a reinvention of the story and in turn the reinvention of me as a painter.

DD: Where are the pieces set?
Chris Moon: The original stimuli are picked at random, from sunbathers in London Fields to photos of my travels. As I was collating the images I noticed how they encompassed a space of reverie themselves but they all surround me. The best subject matter surrounds us. It’s making the ordinary extraordinary. I am always present, be it in front or behind the piece. I am a diverse painter so I wanted the imagery to mirror this.  In the last section of the show I recreate compositions and landscapes so the original imagery finds itself transported and contained in alien surroundings.

DD: What differences do you see between self taught and schooled artists? And how has being self-taught shaped your aesthetic?
Chris Moon: When I studied foundation I lost heart with the process. It was all about the idea and the craft came secondary. I was the opposite; I painted and drew, as that's all I had, so I struggled with concept. I know now painting has to have a voice, that's why I didn't show work for years - I felt the work I made said nothing, it has to mean something. There are many pitfalls to the trial and error way of working - no studio, just a bedroom floor. But I also find my own path not being influenced by anyone else. You make your own decisions, good or bad. I used to have a friend come and critique me - an intelligent soul who had been through the process of schooling - and she would say paint to your strengths, which I embraced. But only in weakness do you grow stronger, both in life and in paint.