With NASA's Curiosity rover safely landed on Mars, the scientist and explorer is here making the case for manned missions to the red planet in an interview from Dazed's June issue 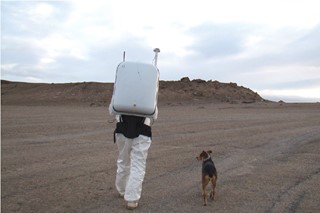 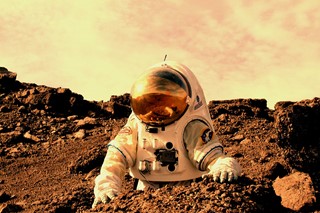 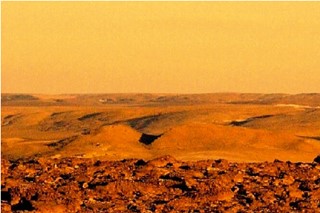 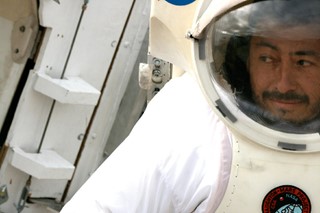 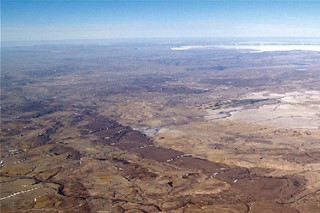 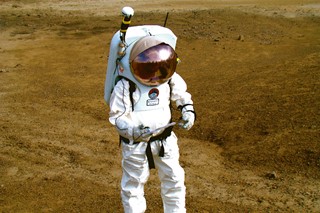 Planetary scientist and explorer Dr Pascal Lee is co-founder and chairman of the Mars Institute, an international nongovernmental organisation aimed at advancing the scientific exploration of Mars. Based at Nasa’s Ames Research Center in California’s Silicon Valley, Lee and his team of researchers have been spending their summers since 1997 in a 20-kilometre-wide meteorite crater on a desolate, uninhabited island in Canada, deep inside the Arctic Circle. The reason? The island’s “Haughton impact crater” is considered the place on Earth that is most similar to Mars, and therefore the best place to test new spacesuits and vehicles, and generally see how humans might go about the awe-inspiring business of exploring other planets in our lifetime.

Dazed Digital: Why do you think putting a man or woman on Mars is so important?
Pascal Lee: There’s this incredible calling towards Mars I think, mainly because the planet seems so Earthlike in many ways. Mars is a place we can relate to. It has a solid surface – it’s not like one of these giant gas planets – and a day on Mars lasts 24 hours and 37 minutes. It has seasons, and there is an atmosphere, even though it’s unbreathable. There are winds that blow sand. It’s alien but at the same time it’s Earthlike enough to be a place you could easily picture a human exploring. It’s a place. And it’s a place where there’s a big issue that remains unanswered – is there life on Mars?

We know the principles of how to keep a human alive all the way to Mars and back. We just now that we can trust to operate on a three-anda- half-year journey

DD: And is there?
Pascal Lee: What we are expecting is some form of microbial life. Now, microbial life doesn’t sound particularly exciting, but we on Earth have grown technology to be able to understand microbial life very well. And the big question that we really want to answer is not so much is there life on Mars, but what kind of life is there on Mars? Planets are not isolated. They can swap material. The Earth, if it was hit by a large meteorite, could see pieces of itself be blasted into space. So, the notion that we would find life on Mars is not necessarily that extraordinary. It could be life that started on Earth and got blasted to Mars. And similarly, if we found life on Mars, it could well be some sort of ancestral form that gave birth to life on Earth – we would all be descendants of Martians in this scenario. We would know this if we were able to do DNA analysis on the microbes.

DD: What if it’s not related to us?
Pascal Lee: We would be dealing with a second genesis of life, a second birth of life on a new planet. This is the real, exciting prospect of going to Mars. We might be finding, for the first time, an alien biology. That would have profound consequences, because if in our solar system we find evidence of two distinct forms of life, it tells you immediately that this is a common outcome in the universe. With two trees of life, you have the beginning of a forest.

DD: Why do we need to send people? Surely the science could be done with ever-more advanced robots.
Pascal Lee: A rover can only do so much; you tend to learn what you’re prepared to learn. There’s a radar that can probe at a certain depth – what if what you’re interested in happens to be deeper? You’ll miss it. But the key reason is that humans are not going into space just for science. And to really get this, I often compare this to the reason why we explore in general. James Cook was not sent to the south Pacific because there was an interest by well. And the big questionIt was because the French were there, or might be there, and for strategic reasons it was important that the Royal Navy be there first. President Kennedy did not send Americans to the moon because in the mid-60s people were interested in lunar science, but because it was a way to beat the Soviet Union, which was doing really well up to then. It was a manifestation of the cold war. So this is something that’s really important to understand. We send people into space to do extraordinary things – to beat records, to make discoveries – because it is in the national interest.

DD: Obama has talked about the 2030s, and China has talked about 2040/2050. What can readers of our magazine expect to see in their lifetimes?
Pascal Lee: First of all, one has to realise that in politics and in technology, anything from 20 years onwards is not distinguishable from infinity. Saying that it’s going to happen 20 years from now is basically saying that it’s not your problem. So I’m not as excited as I ought to be that we’re going to go and explore an asteroid by 2035, which will lead eventually to Mars by the 2040s. Now, China is more enigmatic. China has 3000 years of history – what’s the rush? But at the same time, one could be alarmed with what is happening in China. They essentially did in one flight what was achieved in the whole Mercury programme back in the early 60s. And China is claiming that it’s planning to send missions to Mars by 2040. It could be sooner. Meanwhile you have people like Elon Musk, running his space start-up (SpaceX). He said a few weeks ago, ‘I think we’ll get people on Mars in 12 years.’ I don’t think it’s impossible, but it’s going to be very risky. There won’t be a lot of margin. It’ll be like crossing the Atlantic in a little speedboat.

DD: But isn’t that how all the pioneers did it, taking lots of risks?
Pascal Lee: Yes. Of course, a risk can be taken by private explorers. A lot of Britain’s exploration in North America was contracted out to the Hudson’s Bay Company, for instance. So, you would contract the day-to-day exploration work to private companies... I can actually see Elon succeed in going to Mars within the next 12 years. What are the main obstacles? Let me take the spacesuit as the best example. Today, the spacesuit weighs between 260–300lbs. If you were to wear the Apollo spacesuit here on Earth, you could barely walk. The spacesuit is very heavy. On the moon, where gravity is one-sixth of the Earth, it’s fine. Because it’s just a 50lb load on your back – that’s a heavy backpack, you can work with that. On Mars, that same spacesuit would weigh 120lbs. Now, you cannot do geology with that. In order for spacesuits on Mars to have a felt weight of 60lbs max, you need to cut in half the current weight of the spacesuit. That’s a huge challenge! If you look at a spacesuit now, it’s the forefront of technology. It’s a biosphere that holds the human body. It’s a wearable spacecraft. It’s you, your visor and the rest of the universe. It protects you from everything. It’s an incredible piece of technology. But you have to cut the mass of that in half. You’re talking new materials, maybe a new concept. That’s an essential challenge, because without it, what’s the point?

DD: What about the ship and crew?
Pascal Lee: We know the principles of how to keep a human alive all the way to Mars and back. We just now that we can trust to operate on a three-anda- half-year journey. The space station needs fixing, on some level, every week. Things break down. You can only have so many spare parts. The health issues – there’s long periods of exposure to radiation, as well as long periods of weightlessness... So, there are challenges, but somebody called these dragons and sirens, like they used to have on the maps. They’re issues, but I don’t see them as insurmountable. Or maybe they are acceptable risks, considering the magnitude of the enterprise. Okay, you’re going to get radiation exposure. You may die of cancer, have five years left to live... but hey, you’ve gone to Mars.

Mars is interesting to us, because it’s the closest place where you might find an answer to this issue of life that we can access. That’s why it’s a big deal

DD: Would you make that trade?
Pascal Lee: Yes. I would, yes.

DD: Where do you think your passion for Mars came from?
Pascal Lee: It’s definitely rooted in movies, in sci-fi, in childhood. Mars is interesting to us, because it’s the closest place where you might find an answer to this issue of life that we can access. That’s why it’s a big deal. Growing up, I was interested in the universe in general and finding life on new planets, and that narrowed to Mars because it’s the only realistic option for a human journey.

DD: What are your first memories of space?
Pascal Lee: Dr Smith from Lost in Space. Thunderbirds. I grew up in the 60s, so it was UFOs.

DD: Popular culture was saturated with space at that time.
Pascal Lee: And space was associated with the future, with cool things. It was a glimpse into the future and the unknown. Even though we haven’t explored the oceans completely yet...

DD: James Cameron’s having a pretty good go at it.
Pascal Lee: He is. But, you know, I think space is the ultimate frontier.