As the artist launches his Lisson Gallery exhibiton, we asked him to select a few of his favourite pieces from the Opie archives, past and present 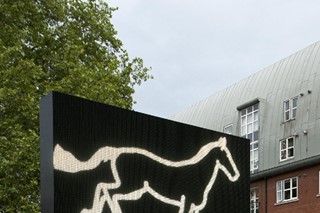 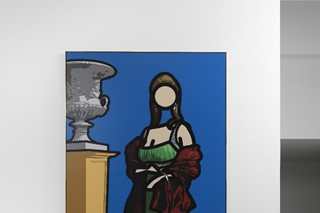 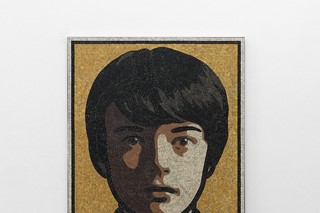 This month, legendary Brit artist Julian Opie is taking over central London's Lisson Gallery for his latest expo. Paired up with Ryan Gander, Opie will bring his graphic images and a monumental double-sided LED to the mix. Aiming at reinterpreting the "vocabulary of everyday life", Opie has of late moved on from his pop art style of working - made famous by his Blur portraits - and is mixing more classical sources with his modern influences. To celebrate the exhibition, Dazed Digital asked the artist to select five present and past pieces from his archive, and quickly explain the idea behind them...

Aniela At The Spring., 2011
"Aniela posed as Aphrodite after the Greek statues. The ancient marbles were carved two and a half thousand years ago but they seem so modern."

Daniel., 2012
"The small marble cubes in a mosaic are similar to pixels on a screen. I wanted to combine the fleeting look of the people around me with the permanence of stone."

At Church With Felicia., 2011
"Felicia arrived at my studio for a commissioned portrait with ready mixed drinks and a suitcase full of great clothes".

Galloping Horse., 2012
"A horse at full gallop is an exciting sight - I got the idea from my first LED from a tiny digital galloping horse on a taxi meter in Korea."