The legendary director on film journalism, Robert Pattinson and the importance of dialogue 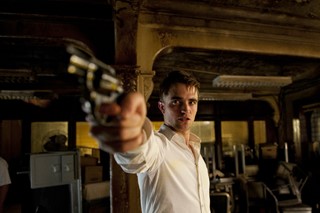 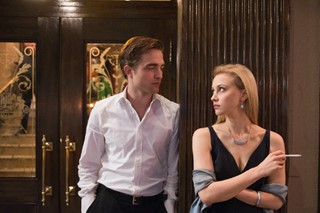 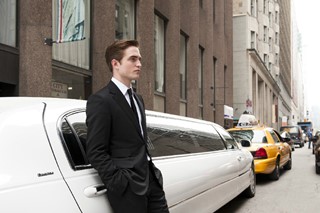 A luxurious limo drive through a city on the precipice of dystopia; based on Don DeLillo’s acclaimed novel, David Cronenberg’s latest film 'Cosmopolis' is a slick zeitgeisty observation of an inevitable revolution as seen through the eyes of psychotic 28-year-old billionaire Eric Packer. Robert Pattinson is magnificently evil, likable and magnetic in the lead role - his performance is perhaps the most uplifting aspect of the film. Cronenberg holds his familiar eerie mirror up to the world with his usual pertinence and biting style. Dazed Digital sat down with the legendary director himself to chat about 'Cosmopolis'.

Dazed Digital: I’d seen you say previously that what you most despise about journalism is the need to always look for connections.
David Cronenberg: I wouldn’t say “despise”, what I’m saying is that it’s a mistake for a journalist to mistake his process for my process. In other words to analyse a series of films or career and make connections between themes and images is perfectly legitimate and can be illuminating but there’s sometimes the tacit assumption that that’s how I make my movies, that I do it that way, that I look for those connections. So its not contempt, but a misunderstanding, lets put it that way.

DD: Do you avoid association to your past movies?
David Cronenberg: When I’m making Cosmopolis, I actually cannot worry about what people expect from me and I can’t worry about the fact that they love my early horror films but not my later films. I can’t worry about that kind of thing because here I am making this movies with this crew and cast and it’s as though I never made another movie and it’s as if Robert Pattinson had never made another movie and the fact that Paul Giamatti hadn’t made the 200 movies that he’s made. For us, you see, it doesn’t give us anything creatively to think about those other things, we’re dealing with a very new character/structure story.

DD: Are you particularly interested in relation between the language of literature and language of cinema?
David Cronenberg: You’re forced to be interested because if you’re going to adapt a book, you’re obviously going to have to figure out how to do it. I began with The Dead Zone, which was my first adaptation. Stephen King felt that that was the first really great adaptation of his work and people at the time thought it was very faithful to the book, but it wasn’t. In terms of details, dialogue, characters and plot, it was very different, but the tone of it was like the book, and that’s a very difficult thing to grasp. With Cosmopolis it took me only six days to write the script because the dialogue was wonderful so I didn’t need to change it. I knew immediately that there were things in the book that would not work on screen, they were just so innately literary and so I didn’t address them.

DD: This and 'Dangerous Method' are more dialogue heavy. Does that indicate a change in your process or approach to cinema?
David Cronenberg: I don’t think so. Dialogue has always been hugely important to me, it’s the proportions that change. Obviously if you’re doing an action film or a horror film there’s less dialogue. Nonetheless, even if you look at my first film Shivers, it’s not the usual banal dialogue that you usually get in a low budget horror films, it’s kind of quirky, it’s eccentric, it’s stylised, and I like to think it’s more interesting than what you get in a genre picture. So it’s just an accident that I’ve done two movies back to back that are wall-to-wall dialogue. And yet the function of language in each movie is quite different from each other, and that does intrigue me.

DD: What struck you about Robert Pattinson to make you think he’d fit the part of Eric Packer?
David Cronenberg: He’s intensely charismatic and watchable and this is a role in which the lead character is in every single scene, and that’s really unusual, even for a movies with big stars. And that means you have to have somebody who people will watch and want to watch and want to listen to. I’d seen some of his movies that were not Twilight and I thought this guy’s got an interesting range and he seems to be a serious actor, he’s really interested in chances and is willing to take chances.

'Cosmopolis' is out this Friday