In the second week of our partnership, Dazed editor Rod Stanley blogs from Masi, a township outside Cape Town 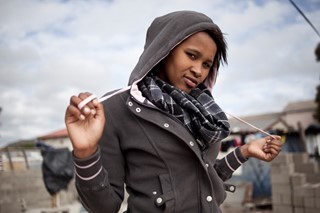 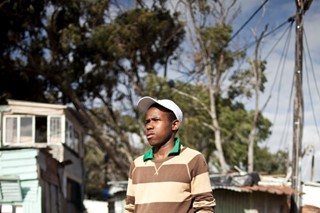 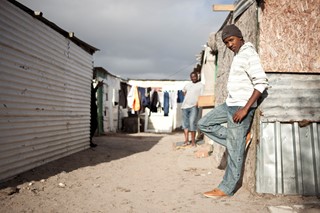 Masiphumeleme is a small township 45 minutes drive from Cape Town, on a winding two-lane road that sweeps through the sort of boulder-strewn scenery that makes car advert directors weep with joy.

Earlier, a teenager burst out of an alleyway with a toy gun, scaring the hell out of our photographer. Solomzi Mtongwane, a young man of 21, assures us that it is safe to explore – at least, until darkness falls. He used to feel safe at night, but not any more, talking about “crime” – a term that covers everything from the routine mugging of “foreigners” (immigrants, both legal and illegal from other parts of Africa, such as Somalia and Zimbabwe) to discovering the dead body of a neighbour by the side of the road.

“Masi used to be the coolest place where you could walk freely without fearing anything,” he says. “At night now, you know there are people who can take your belongings, or you can even get killed. You don’t know what they will do to you if you don’t have the things they need.”

Ikamva Youth is a project that aims to provide education and opportunity to young people all over the country in townships like Masi. I am here to run a workshop for a group discussing ideas for stories they would like to see in the second issue of Live Magazine, the free quarterly magazine “for ALL South African youth”, and which will be distributed in places such as this.

The group kick around ideas, including a challenge in which township kids are taken to a city restaurant to eat a crab (it’s disgusting, they laugh, pulling faces). They also bring up the same social issues that have been discussed at Live HQ: crime, teenage pregnancy, lack of opportunities, and drugs (specifically “tic” i.e. crystal meth).

It is this lack of opportunity that seems so soul-crushing, and at the root of many of these other problems. A few get work stacking shelves at the Pick’n’Pay supermarket down the road, but there are shrugs when asked what else is available.

Compared to other townships, Masi is small and the young people discuss how isolated they feel. Masi Massive is a weekly music show, and Solomzi’s eyes light up when he explains that sometimes rappers from larger townships, such as Khayelitsha, come to perform.

Solomzi is intelligent and thoughtful, and while his striped hoody and beanie hat are faded, he and his friends take pride in their appearance. He was abused by his father, he says, who made him work in his shebeen from a very early age, almost every hour that he was not in school.

“I had to sell alcohol almost 24 hours,” he explains. “I had very little childhood. I couldn’t grow up very well. I had to be behind the counter.”

Despite everything, he says, there are a lot of good things about Masi, such as young people who want to be educated despite financial problems, and he wants people to know about these.

“I would love to write about the beauty of Masi,” he says. “That beauty that used to be here a long time ago.”

For info on Ikamva Youth: ikamvayouth.org