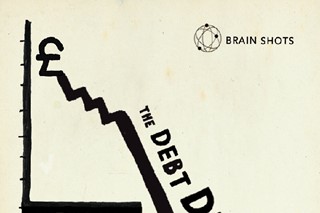 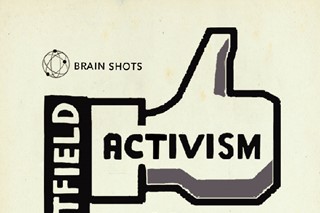 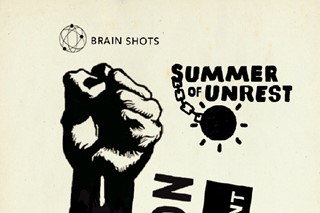 Its been a year of protests, riots and marching. What happened in May last year that set it all off? Oh yeah, Britain got itself a new government, sort of voted in by the people - but not necessarily liked by them. At least not if you asked the thousands of people who's taken to the streets since to voice their concerns, fears and anger. Of course, the Coalition claim not to cut the spending out of spite, but to salvage a ruined economy and to get the country back on track financially. Not everyone agrees. 'Brain Shots: Summer of Unrest' is a digital book of long-form journalism focused on the protest movement of late. A handful of writers and social commentators were invited to tackle related subjects and we spoke to one of the contributors, Guardian and New Statesman writer Dan Hancox...

Dazed Digital: How did the book project come about?
Dan Hancox: Random House approached me because of my Guardian pieces on the links between youth culture (mostly grime) and the protests, and the work I’d done editing Fight Back!, which was a book I put together for openDemocracy in about a month, comprising reportage and analysis of the student protests of the winter. They told me they wanted to give journalists a chance to ‘stretch out’ and write pieces of 10,000-word long-form journalism about the new age of unrest. I’m a total pamphlet geek – I have all these yellow-ing cheaply-published essays and polemics from the 1940s about the future of socialism; imagine pulp fiction, except written by Nye Bevan – so I seized the chance to have a go at the digital equivalent.

DD: Except for you, who else is involved and what have they contributed?
Dan Hancox: Mehdi Hasan from the New Statesman has written a piece laying waste to the Tories’ economic illiteracy, the myths underpinning their redistribution of wealth from poor to rich, which is called ‘The Debt Delusion’. Tom Chatfield’s covered the tech side of protest in a piece called ‘Activism or Slacktivism?’, and Peter Beamount’s ‘Revolution Road’ is a mixture of reportage from across the Arab Spring – in Tunisia, Egypt and Libya. I think as long as we’re careful about not over-emphasising the connections between on and offline activism, between uprisings against dictators, and fighting against austerity imposed by liberal parliamentary democracies – well, there are a lot of interesting links to be drawn.

2011 has been a head-mangling, extraordinary year, and it’s not about to level out any time soon. The key connection for me is the constant shattering of orthodoxies and inevitabilities: no-one predicted the student protests; no-one predicted the Arab Spring; no-one predicted Murdoch would be brought to heel – and no-one knows what people like Lulzsec and Anonymous are capable of... not yet, anyway.

DD: What do you hope to achieve, what's the main goal of the book?
Dan Hancox: First, to tell the as-yet-untold story of what happened in the (horrifying) Westminster Bridge kettle, and explore the history and practice of kettling. Essentially, kettling is the ultimate neoliberal response to grass-roots democratic participation. They really don’t like it up ‘em.

Secondly, to tell the wider story of the youth and student protests, and their significance for the future. My view is that Mark Fisher’s notion of an all-pervasive western political sensibility which he calls ‘capitalist realism’ (in short, ‘there is no alternative to capitalism, sigh’) is entirely correct – or it was, until Millbank; and that the shattering of the glass on 10 November 2010 saw the simultaneous shattering of those orthodoxies. Even if some young people joined the protests ‘just’ for a laugh or ‘just’ to throw bricks, it doesn’t matter: the very act of protest is itself radicalising, transformative, and self-perpetuating. Everything has changed, and we have no way of knowing how these changes will shape politics after neoliberalism. It’s going to be fucking exciting though.

DD: The protest movement seems to have calmed down - will it return?
Dan Hancox: It was always going to happen in fits and starts. Revolutions don’t proceed consistently along smooth paths, they erupt, and subside, and lay dormant, and flare up when you least expect them to. The incredible explosion of political energy in November and December 2010 hasn’t just burned out; it’s there, latent, waiting for the next opportunity – and in many cases, the wide-eyed young people who took to the streets and occupied their schools and universities in the winter, have since joined up with less visible, but crucially important local anti-cuts groups.

Cynics said Millbank could never happen. Then when it happened cynics said it could never happen again. Then when it happened again a week later cynics waited until January, and announced the anti-cuts movement was dead because there hadn’t been any 50,000-strong youth street demos for, ooh, over a fortnight. Then when 500,000 people shut down London on 26 March, to protest against cuts that had not even been implemented yet... I mean, I could go on. We’ve had enough of cynicism. Cynicism is boring. Cynicism is the old way. Optimism is our only hope.

DD: Are protests like the ones in March 'useful', can they have a long standing impact?
Dan Hancox: They’re vital – vanguards are great for smashing through the lines of the kettle, but this has to turn into a mass anti-cuts movement, especially one with people who are older than 25 in it (I’m 30, cough cough). The impact and importance of 26 March for me was summed up perfectly in the front page of The Daily Mirror, lest we forget, the only tabloid in the country that dares to stick up for its mostly working-class readers, rather than turn them against one another. It depicted the incredible numbers of ordinary people who were angry enough to come out and protest against the government’s plans of austerity, cuts and privatisation – again, before the cuts have even hit. The headline ran Your Big Society has spoken, Mr Cameron. In contrast to a Tory government destroying the welfare state without a mandate, that is what democracy looks like.

DD: What are the main issues to march against now?
Dan Hancox: The same they were before – the perfect storm of a generation fucked over before they’ve even left school, an arrogant, brittle Tory government using a financial crisis caused by the rich to further benefit the rich while punishing the poor and the vulnerable, and the total public degradation of an entire elite – from the richest bankers still drawing multi-million pound bonuses, to the corrupt upper ranks of the police, to the Murdoch press, to the vast majority of Westminster. If 2011 was an Agatha Christie novel it would be called The Neoliberal Ecology Crack’d From Side To Side.

DD: What's next for yourself?
Dan Hancox: I loved writing at this length so much, that I’m now writing another piece of long-form journalism –about something else entirely... but I can’t tell you what just yet. Until then there will be, no doubt, more grime, political reportage, ill-educated political theory, and attempts to connect Beyoncé lyrics to libertarian communism in various newspapers and magazines, on my blog, and on twitter.