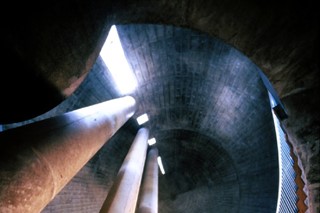 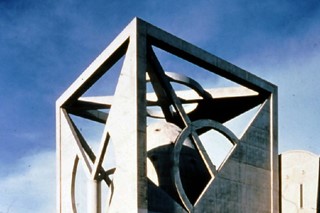 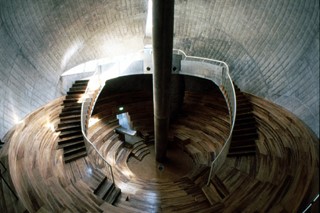 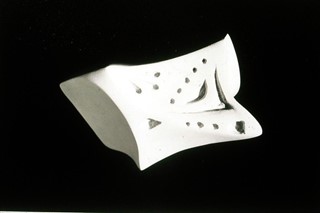 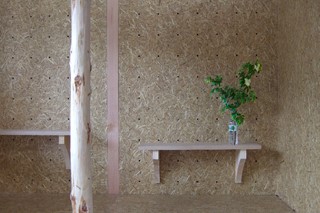 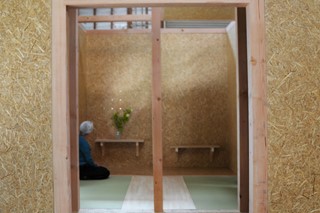 In Article 25 of the Universal Declaration of Human Rights it is stated that adequate shelter and housing are fundamental to the needs of every human being on the planet. Article 25 is a UK-registered charity managing projects that provide better shelter all over the globe, wherever there is disaster, poverty, or need. This month, they present the Objects Of Change exhibition and auction at La Galleria on Pall Mall – an extremely high-profile event involving some of the world's most renowned artists and architects, raising funding for buildings that better the lives of some of the poorest people on Earth. One of those to donate a piece to the auction is the leading Japanese architect Takasaki Masaharu, a proponent of what he terms 'Earthian Architecture' who is currently making a shelter for those displaced by the Fukushima Daiichi Nuclear Power Plant disaster. In a rare interview, the creator of some of the most spaced-out buildings on our planet discusses the inspiration of nature in his work, the eternal flow of time and the contemplation of the void.

Dazed Digital: Can you recall what first interested you in the creation of form as a child?
Takasaki Masaharu: My hometown is Satuma Peninsula, located south of Japan. it's open to the ocean and has an old history and culture. Because it has very different seasons, change always presented itself to me as a riot of colour. I had a strong contact with nature growing up, observing its tiny variations. I learned its mysteries and the way that the activities of our lives are sparked by nature. Later, I thought I would like to involve and assimilate this into my architectural space. From the 90s, I named my architecture “the environmentalised living body” which is created by a concentration of both the human inner conscious mind and natural energy.

DD: Do you think it is possible to create architectural forms that will have a positive mental impact upon those who engage with them?
Takasaki Masaharu: I look on building architecture as an opportunity to consider human relationships, and also natural relationships. I consider architecture the best composite art with which we are able to engage all five senses. In addition, I think that architecture is “the king of lives”. Things such as music and sports move people momentarily but the impression made by architecture is lasting and it expands our cosmic view, and our human consciousness. By considering architecture as the ‘king of life’, and by experience of the architectural space based on the human consciousness, the transformation of consciousness is brought about, and what I term the new ‘Earthian Human’ is considered – a being who has decided to live in tune with the earth that does not care about societal constructs such as a school or a city.

DD: How does inspiration come to you? How informed are you as an artist by your dreamtime?
Takasaki Masaharu: When I design I do it in a short space of time, but during that time I think about designing all the time whether awake or asleep. Sometimes I get an idea in my dreams or even design in my dreams. When I first see sites, I contemplate and choose a theme, and then fuse together my theme and architectural functions. This process gives me a lot of inspiration. I often find a big inspiration in nature. Last year, I saw a tree with a broken branch. It made me sad but I went to look at the tree the other day and, much to my surprise, there were green shoots from where the branch had broken. It taught me about the power of nature and its  passion for life – an ordinary dialogue with nature such as this can be the key for my inspiration.

DD: Please could you talk to us about 'Earthian Architecture' and your notion of our place within the flow of time?
Takasaki Masaharu: In the 90s, I first placed my works as “Earthian Architecture”, and the motivation for that was that the environment was being contaminated by pollution because of mass-industrial development. I had a sense that although nature was changing into artificial space, people would want to get back to pristine nature in the future. I wanted to think about the earth from outside of it, because I predicted that when people take a dispassionate look at the earth from outside of globe, the planet will be old and a past hometown for them.

Recently, eastern Japan suffered extensive damage from both the natural disaster of a major earthquake and tsunami and the human disaster of the Fukushima Daiichi Nuclear Power Plant simultaneously. The accident of the nuclear power plant, in particular, gave human beings quite a shock and posed difficult questions – the dark and light side of science and technology was left exposed. While science and technology give humans huge benefits, it also gives us uncertainty and crises. In recent times, there seems to be a particular focus on how human beings can make the best relationship between the earth and human activity, and science. The accident of the Fukushima Daiichi Nuclear Power Plant told us that contemporary humans need a new vision and an alternative to our current artificial environment. I think that all people in the world have to consider a radical reconstruction of our relationship with the natural environment.

DD: What has most informed your vision over the years and why?
Takasaki Masaharu: From my teenage years, when I decided to become an architect, I have been working based on my spirit. This works on the basis that even in objects, there is an element of the human spirit. The thing that matters most to me as a designer is to keep that belief intrinsic to my work. For me, all things are ‘origins’, in that they are life-giving to some degree. However, at the same time, I have learned a lot from people living in the same period and former teachers. Moreover, I am interested in philosophy, pictorial art and sculpture. I think that I aggregate its experiences to enhance my architectural vision as composite art.

The foundation of democracy is culture and the foundation of culture is imagination. The motivation behind my suggestion that the shelter I’m designing for people living evacuation sites in Minamisouma-shi close to the accident point of the Fukushima Daiichi Nuclear Power Plant be named KOKORO SHELTER (KOKORO means 'soul') is a scene where a throng of people are living in the school gym, stretched out on the cardboard put on the floor. If I do not have the imagination, I might have thought that the situation is normal and to be accepted.

However, I have designed architecture based on themes derived from human mental activity and dignity. Therefore, I have asked myself what I should do as an architect. I suggested the KOKORO SHELTER, which is based on the theme of respecting human dignity. Although a few other groups suggested the shelter for the Great East Japan Earthquake, their shelter focused on only technical themes such as convenience, ease and instant results. However, I wanted to offer a small ray of hope to people who are spending their time in evacuation sites. Hence, I designed and set up KOKORO SHELTER which is composed in the traditional Japanese style, ‘Shinkabe Dukuri’ in the sites at Minamisouma-shi, because I wanted to channel a sense of continuity from the previous lives of the sufferers.

DD: There is a strong spiritual aspect to your architecture and you have spoken about creating architecture that exists beyond the confines of the present. Are you inviting people to consider a sense of eternity by engaging with your creations?
Takasaki Masaharu: My architecture has strong divinity and spiritual aspects. I feel that architecture should exist in a flow of circulating time that is linked from present to ancient and from present to future, and has tempo-spatial space. Although most of my clients just see the present time, I want them to feel that ancient, present and future is not linked linearly but exists in a circulating time. There is the eternity of human existence in circulating time. The past is not thing of the past but the manifestation of consciousness, hope and utopia of the people who lived at that time. In them, there are things that are able to receive empathy from people in the present. Considering past ideological and religious backgrounds, I insist that if they are used by developing the futuristic in the present time, the past and future will be fused to become life.

DD: Is contemplation of the void a key factor in the process of understanding how to effectively manipulate space?
Takasaki Masaharu: A void is is similar to a vessel. The general potter is aware of the shapes and patterns that surround the void. The most important point for a vessel is the relationship between void as a space where we are pouring the tea, and the tea itself. In architecture, people live in the void, and the void plays an important role in the formation of consciousness and sensibility. In our present lives, there are so many things, such as refrigerators and television in the void, and these tighten up our living space. When we have had just a few things, richness meant to have as many things as possible, but I believe the real richness is in the infinite expansion of void. The void can let the consciousness of human beings resound in the universe. The void is transparent – thus invisible to us – but we can feel its creativity and energy.

DD: Why did you donate a work to  Article 25?
Takasaki Masaharu:  have always been struggling against the architecture made only by technology, function and the logic of economy and have been an advocate of human development and the creation of objects as art. I found many points in common between the philosophy of Article 25 and that of mine, such as respect for the dignity of human beings and the pride of the individual.

Objects of Change is at La Galleria on Pall Mall. The exhibition is open from 10-6 today and tomorrow, then from 10-4 on Thursday. The auction takes place at 6pm on Thursday. To find out more about the auction and get involved go to article–25.org