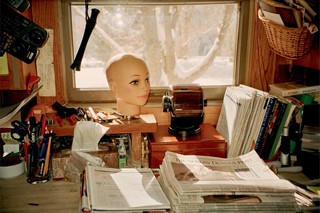 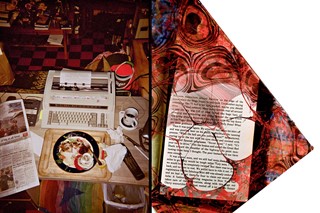 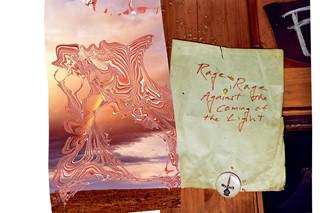 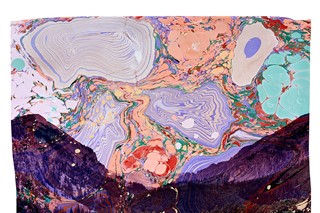 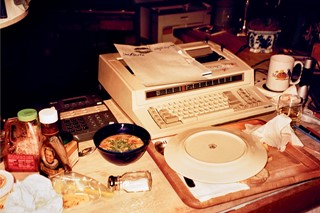 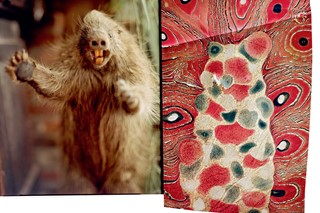 While attending the after-party for the 2003 documentary film, Breakfast with Hunter, American photographer Chloe Sells was approached by Anita, wife of gonzo journalist Hunter S Thompson. “She looked me up and down and said, ‘Are you a night owl? Do you want to come and work for Hunter?’” Sells tells Dazed from her home in Botswana.

Sells agreed and embarked on an unusual odyssey, working as Thompson’s personal assistant until his death in 2005. Then in her twenties, Sells was unflappable. She grew up in a bohemian family: her father, a hippie, moved to Aspen in the late 1960s and opened one of the state’s first head shops long before the town was overrun by the rich and famous.

Well suited to handle the needs of the notorious gun-toting, drug- and liquor-loving, rabble-rousing iconoclast, Sells moved into the cabin next to the Thompsons’ Woody Creek home, Owl Farm, so she was readily available for the 11pm-to-dawn shift. “It was my responsibility to do whatever came to me on any given night,” she says. Thompson was recovering from hip surgery and required some assistance with bathing and shaving, meals and drinks. Sells also helped research different stories, type his notes for his “Hey Rube” column on ESPN, read his prose back, and submit his pages to the editor.

Spending time with Thompson, Sells got to know him well. Although volatile and prone to explosive bursts of anger, once the smoke cleared he showed sincere remorse. “Hunter had a generous spirit and a kind heart,” she says. “Although he was a narcissist, he had an interest in other people. I enjoyed out time best when it was just the two of us. It was always fun, crazy, and wild. I definitely had intimate moments, just sitting and listening to him.”

One day while they were discussing the subject of life and death, Thompson told Sells that he had his death “taken care of.” Sells remembers saying, “Sure you do.” Then Thompson told her, “Yeah, I’ve lived much too long. You know, I wanted to die long ago.” Later that night, Sells realised what Thompson was telling her. He was going to commit suicide.

Sells understood. “I don’t have an ethical problem with that,” she says. “I just thought, everybody must make their own choice.” In the interim, there was work to be done. Taschen was planning to publish a book of Thompson’s photographs. Although his life had been well documented, his home had not. He told Sells she could photograph Owl Farm if she liked.

Sells did just that, amassing an archive that lay dormant for years. Then, a few years ago her life took a completely unexpected turn. Searching for a way to ground herself, Sells turned to art. She pulled these negatives from the closet and began to think about how to make sense of them.

What started off a six-month endeavor stretched over a few years, finally coming to fruition with the publication of HOT DAMN! (Gost Books). A true insider’s account of Thompson’s life in his final year, Sells crafts a mesmerising tapestry of life at Owl Farm. Bringing together documentary photographs of Thompson’s home, possessions, and handwritten notes, Sell adds the piece de resistance to the prints: swirling psychedelic patterns applied using Suminagashi, or floating ink, a Japanese paper-marbling technique.

The effect is immediate, intense, and hallucinogenic – much like Thompson himself. If the home is a look into one’s inner life, Sells reveals the method to Thompson’s madness. Amid the clutter and chaos, there is a semblance of order and discipline. Still working with an electric typewriter as the world went digital, Thompson kept a stash around the home so he would always have one at the ready. Newspapers were stacked nearly, books and hats lined up, while taxidermy animals loitered to and fro.

While the photographs are straightforward, they invite us to guess if there is deeper significance in this melange of personal effects. We weren’t there, but maybe they will offer a clue into the mind of a master who revolutionised the art of reportage. “Maybe it meant something,” Thompson wrote in Fear and Loathing in Las Vegas. “Maybe not, in the long run, but no explanation, no mix of words or music or memories can touch that sense of knowing that you were there and alive in that corner of time and the world. Whatever it meant.”