“It’s kind of like death… but brightly coloured,” Leelee Kimmel jokingly responds when asked to describe her vivid, abstract, somewhat dizzying creations. “A lot of the darkness in me comes out in my work, though it may not be obvious.” It takes time to understand the intricacies of somebody’s brain, she argues – but feeling its energy can be instant. “That’s what I try and do. I want to let people jump right into my stomach, basically.” True to her lifelong artistic philosophy, Kimmel has developed a practice that is as sensory, immersive, and engaging as it is hard to classify, constantly shifting between small-scale and large-scale, painting and sculpture, video and installation. Regardless of the medium, however, one thing is for sure: the artist lives and breathes her craft.

Kimmel credits her father – French painter Jean Sobieski – for kickstarting her creative side, having encouraged her from a very young age. “I painted with him as a child, I’d just colour and be lost in my paper,” she says. “Drawing was a way to make me focus and I always wanted to be a painter.” The artist adds that it wasn’t only the traditional methods of art that interested her, but its digital possibilities too. “I had a little tablet that you could plug into the TV and be able to draw on the TV. I’ve always been interested in the original Magic Eye, and things like that. I know those things are gimmicky – and I’m not interested in gimmicks at all – but I love the feeling of having something look different and special.”

“I was trying to create an experience of jumping through time and space. Feeling enormous one moment, and then small like an atomic particle or a piece of DNA the next” – Leelee Kimmel

Channelling this into her first UK solo exhibition, Wormhole – now showing at London’s Simon Lee Gallery – the show is a powerful visual statement from an artist channelling an explosive imagination. Comprised of a series of abstract paintings and sculptures that are confrontational in both colour and dimension, Wormhole explores themes of creation and destruction and are imbued with a restless energy and freedom intrinsically linked to how the artist creates her work. “I was trying to create an experience of jumping through time and space,” Kimmel asserts. “Feeling enormous one moment, and then small like an atomic particle or a piece of DNA the next – this constant push and pull between the micro and the macro.”

The immersive element of her work is further developed through a five-minute virtual reality installation that invites total submergence into the deep space of Kimmel’s creative world. Creating the latter was an especially Herculean task for the New York-born artist. “It took seven months to make that VR video, and I haven’t been able to make another one since,” she confesses. “I put everything into it, I was totally empty by the end. The work I make is 100 per cent personal – it comes from everything I’m feeling, every struggle, turmoil, or happiness. I’m also very physical in my practice, so I’m almost in pain at the end of the day, but it’s a very freely chosen pain – no one grows or achieves anything without a bit of suffering.” As such, Kimmel sees her practice as a form of intense catharsis, yet one she actively tries to moderate in order to make her work as accessible and empathetic as possible. “If there’s too much catharsis, it ends up being garbage, so I try not to get too loose and crazy,” she concludes. “I don’t want my ego to overshadow the substance.”

Leelee Kimmel’s Wormhole is on show at London’s Simon Lee Gallery until 30 August, 2018

In honour of the show, Kimmel has created the above exclusive video for Dazed readers – the first time her VR work has been experienced in 2D

A dystopian robot arm is taking over TikTok, but what does it really mean?
Leelee Kimmel’s Wormhole10 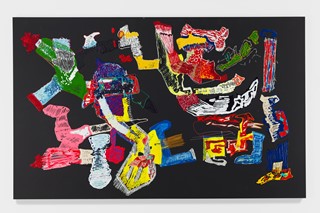 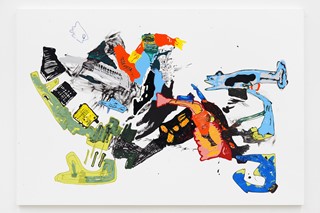 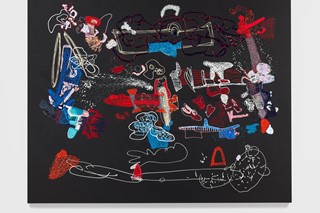 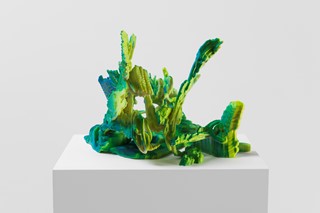 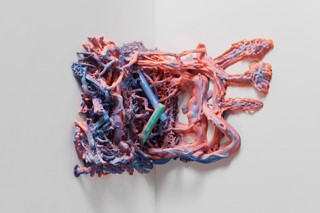